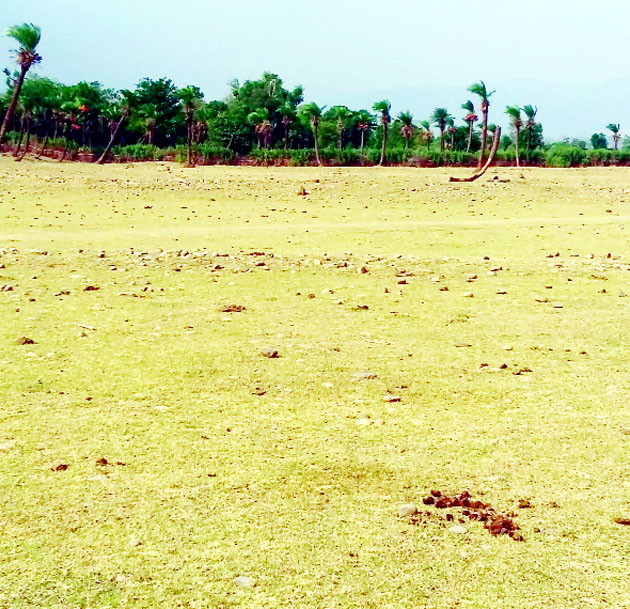 Shiv Kumar Padha
Whenever some big project is launched, it brings with it many hardships and problems for the natives in the beginning.  But as it is said, every cloud has silver linings. The projects which, initially look troublesome and become an impediment in the way of development, bring with them enormous prospects of prosperity and happiness for the natives and help open the new avenues of employment and professions for the locals.
The construction of Ranjeet Sagar Dam (Thein Dam) over river Ravi triggered an era of devastation and calamities for Basohli because all the roads and paths leading to Lakhanpur were damaged due to the dynamite blasts which many times resulted into collapsing  of the walls and breaksing of the window glasses of many houses at Basohli.
The ponding of the RSD caused mass scale migration of the natives and every family fell apart due to the submergence of the links. In order to give a link to the marooned people a magnificent cable stayed bridge over RSD was completed simultaneously. The bridge Atal Setu and the water of the lake drew many shaps and designs on the soil of Basohli which converted the whole historical town into a beautiful tourist hub.
While the Atal Setu, a master piece of 21 st century technology, is attracting thousands of the tourists from the neighbouring states, the beautiful beach formed, due to the backwaters of RSd, at Purthu has become a center of attraction for the film makers, pre wedding shooting and other documentaries. Apart from other attractions, the tourists coming to Basohli cant help appreciate the beauty of the bridge especially flooded with LED lights at night.
On Sundays and the evenings every day the whole span of the bridge remains crowded with the tourists busy in clicking photographs of their groups and the selfies. Some newly betrothed couples are also seen dancing and posing before the cameras and the drones flying overheads for shooting their pre weddings.
Purthu beach is a big lush green chunk of land encircled by the backwaters of the RSD from the three sides in a peninsular shape. Some Date trees are seen grown on the periphery of the enclosed ground. The fresh blue water wavelets and the ripples formed due to the movement of the lake water toss the banks producing soothing musical notes.
The tourists throng Purthu  beach daily but on Sundays a great hustle and bustle is seen of the tourists some with friendly circles and others with family.
The tourists who spend their nights at the beach arrange small tents to live within. Some of the tourists prepare their meals there but many manage their lunch packs from the local caterers. The dimension of the ground is so big as can accommodate hundreds of tourists groups engaged in variety of the amusement activities. The locals have opened their shops to provide tea and snacks to the tourists. There is a facility of motor boat ride made available by the tourism department.
At  present there is a fleet of five motor boats which operate from the floating jetties. As per the action plan of the tourism department, one water sports institute will be established near the beach and the sports like canoeing, surf riding , water skipping and parasailing are  going to be started in the lake near the beach. Resembling its location with the beach of GOA, the people call it a mini Goa. The beach is beautiful and worth seeing in the state. An open invitation is extended for all those interested in  enjoying  at the  beach at home with little expenditure.