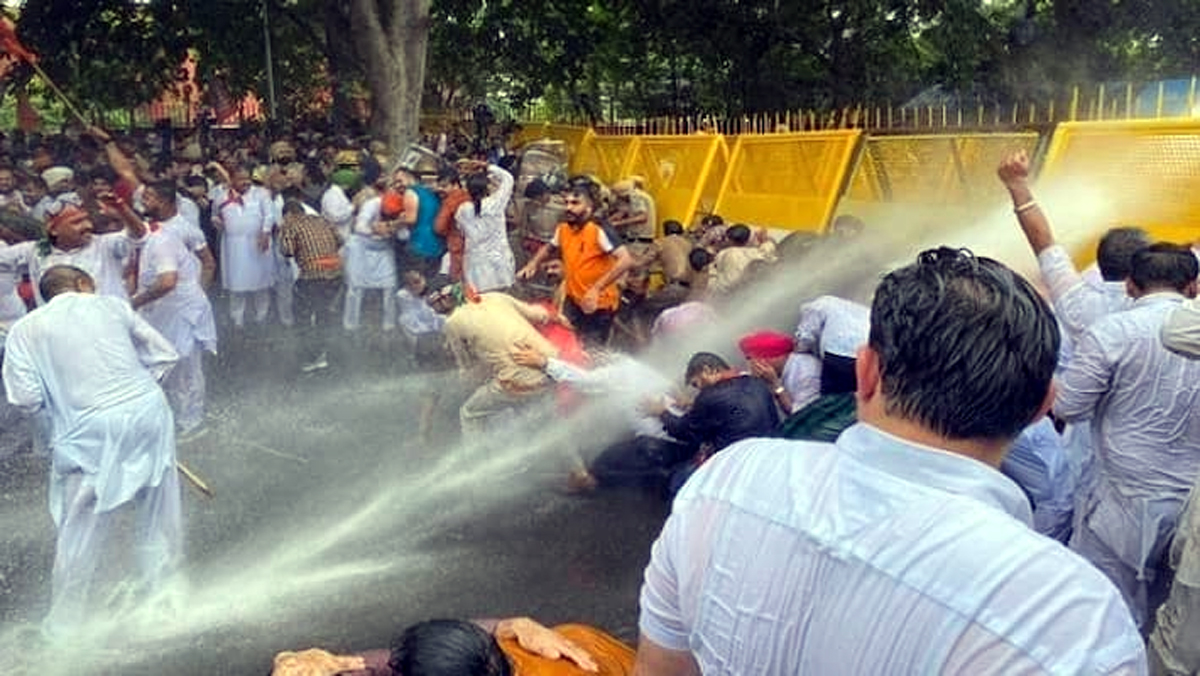 CHANDIGARH, Sept 22: Police on Thursday used a water cannon to prevent BJP workers from heading towards the residence of Punjab Chief Minister Bhagwant Mann here after they tried to force their way through barricades while protesting against the AAP Government.
The Punjab BJP had announced to ‘gherao’ the official residence of the Chief Minister as it accused the six-month old Aam Aadmi Party Government of failing on all fronts.
Punjab BJP chief Ashwani Sharma and other senior party leaders including Jeevan Gupta and Subhash Sharma were participating in the protest.
Police had put up barricades to stop the protesters from moving towards the Chief Minister’s residence. When the BJP workers tried to force their way through barricades, police used a water cannon. Later, the BJP leaders were detained by police.
Talking to reporters, Ashwani Sharma said the BJP will expose the AAP Government for having allegedly failed on all fronts in the state. “The Government failed to keep its poll promises like Rs 1,000 per month for women. It also failed to address public issues,” he said. Sharma alleged that the Mann Government was only trying to “please” Arvind Kejriwal and not resolving burning issues like drugs, corruption and deteriorating law and order in Punjab.
“Holding a protest is our democratic right and no water cannon can stop the BJP from raising public issues,” he said.
Earlier, Sharma alleged that the AAP Government failed to live up to the expectations of people.
He claimed that people are now repenting for voting for the AAP for redressal of their issues as the Government is running away from its responsibilities. (PTI)