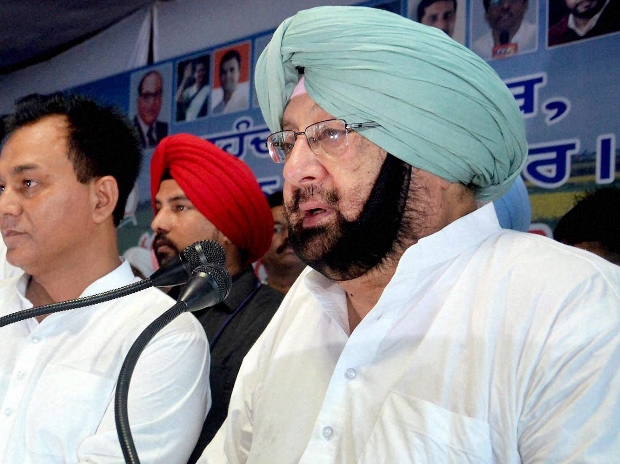 CHANDIGARH, Oct 17: The Punjab Cabinet, led by Chief Minister Capt Amarinder Singh, on Wednesday approved a policy to allow promoters to surrender their licenses in case they are unable to develop colonies or complete development works in colonies.
The policy was necessitated in view of the difficulties faced by such promoters, according to an official spokesperson, who said these promoters will now be able surrender the licenses issued to them under the Punjab Apartment and Property Regulation Act, 1995, subject to certain conditions.
Section 5 of the Punjab Apartment and Property Regulation Act, 1995, provides for issuance of licenses to promoters for developing colonies. If a promoter fails to comply with the conditions of the license issued to him, the license may be cancelled under provision 5 (12) of the Punjab Apartment and Property Regulation Act, 1995.
However, due to slump in the real estate sector, some promoters were unable to develop colonies or complete the development works in the colonies, and they wanted to surrender their licenses but could not do so, in the absence of any provision or policy.
A committee was constituted under the chairmanship of Additional Chief Administrator (F&A), PUDA, with Engineer-in-Chief Town Planner, Punjab, Senior Town Planner, GMADA, Legal Advisor, PUDA and Estate Officer (Policy) as members, to examine the matter. Meetings were held by the committee members who came to the conclusion that many promoters were willing to surrender licenses issued to them in respect of their colonies.
Giving details of the new policy , the spokesperson said that the surrendering of license would be allowed in cases where the promoter had not sold/allotted/leased out any plot/apartment and not undertaken any development works at the site of the colony.
The promoters will submit an affidavit attested by an Executive Magistrate assuring that no sale deed/allotment/lease deed for any plot/ apartment/ villa/ house has been executed in the said colony. In cases where the promoter has sold/ allotted/ leased out any plot/ apartment, the promoter will obtain irrevocable consent from the allottees/plot holders/apartment owners in the form of affidavit attested by an Executive Magistrate regarding no claim on the said property.
However, if any construction has been raised in the licensed colony, the same has to be demolished by the promoter first, restoring the land to its original form, to the satisfaction of the competent authority.
The spokesperson said that before surrendering the license of the colony, a 30-day public notice, inviting objections from the public, will be got published by the competent authority, the cost of which will be borne by the promoter, in two national daily newspapers having wider circulation in the locality.
If any objection is received after publication, the authority will take appropriate decision after hearing the parties concerned. The charges deposited by the promoter on account of Change of Land Use, license fee, SIF will not be refunded.
The promoter will be solely responsible for any legal claims/liabilities in case he/she has availed any bank loan etc. on the basis of license. Before issuance of approval for surrender of license, the promoter will submit an affidavit, duly attested by an Executive Magistrate, declaring therein that he/she will not sell any plot sub dividing the land under the colony without obtaining requisite approval/license from the competent authority, failing which legal action will be initiated under the appropriate provisions of the Punjab Apartment and Property Regulation Act, 1995.
The approval for surrender of license will be uploaded on the website of PUDA/Authority concerned for information of General Public. (UNI)