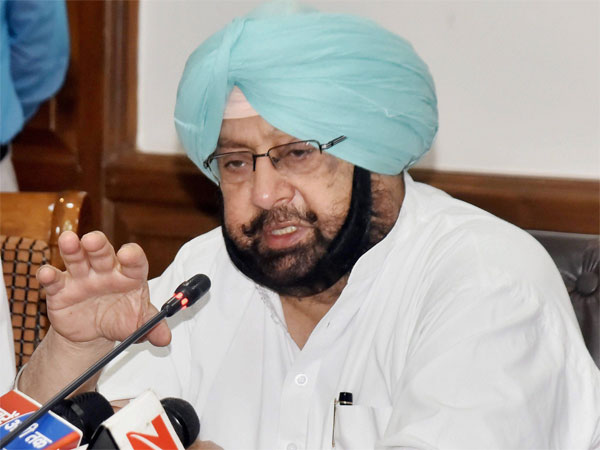 CHANDIGARH:  Punjab Chief Minister Amarinder Singh on Tuesday dared the SAD to quit the NDA alliance at the Centre, a day after the party decided not to contest the Delhi assembly polls on being told by the BJP to change its stance over the CAA.

The Punjab CM said Delhi was the second state after Haryana where the Shiromani Akali Dal (SAD) had decided not to contest the assembly elections in alliance with the BJP.

“Punjab Chief Minister on Tuesday challenged the Akalis to quit the alliance at the Centre to prove their sincerity with regard to the unconstitutional legislation which they were party to passing in both house of Parliament,” a statement issued here read.

The chief minister also asserted that the SAD’s claim that they had decided against contesting the Delhi polls on account of differences over the CAA was “preposterous and unacceptable”.

He said the decision was “motivated by political compulsions” as the SAD had realised that it had “no ground support” and could not win even a single seat.

“Or perhaps, the BJP was not ready to give them what they wanted in terms of seats, prompting them to look for a graceful way out of the situation,” said Amarinder Singh.

He also asked the party to “walk the talk” and show people that they were against the “divisive and destructive” CAA.

The lone Union minister of the party at the Centre should immediately resign in support of their stated stand on the controversial legislation that had evoked nationwide protests, Singh added.

He also question the SAD support to the legislation in Parliament.

“If you found the CAA to be anti-Muslim, why did you support the legislation in the Rajya Sabha and the Lok Sabha,” the CM asked the SAD.

The Akali Dal had announced on Monday that it would not contest the Delhi polls next month after it was asked by the Bharatiya Janata Party to change its stand on the contentious Citizenship (Amendment) Act. The SAD was of the view that Muslims cannot be left out of the CAA.

Taking a dig at SAD chief Sukhbir Badal and Union minister Harsimrat Kaur Badal over their alleged “conflicting” statements on the CAA, the CM said the Akalis did not have a “principled” stand on the major issue of national importance.

SAD leader Manjinder Singh Sirsa’s claim that the party had been “under pressure” to review its stand on the CAA was “ludicrous”, to say the least, considering the discordant notes the Akalis had been striking on the issue for the past several days, said the CM.

Meanwhile, Punjab Congress chief Sunil Jakhar said no alliance between the SAD and the BJP for the Delhi polls was part of the saffron party’s “well thought-out” plan to distance itself from the present SAD leadership.

“It was a part of a well thought-out plan of the BJP to distance itself from the present SAD leadership because they are taking it as a burden because of their taint of drugs and sacrilege issues,” Jakhar alleged here.

He claimed that the days of the SAD leadership were numbered.

Earlier, the BJP did not enter into an alliance with the SAD in Haryana and now for the Delhi polls, he said. (AGENCIES)