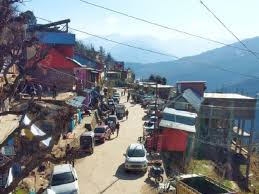 India lives in villages or the soul of India is in villages- is not only an adage but a reality and nearly 74 per cent of the Indian population living in villages must progress and prosper which denotes that the country prospers. Lieutenant Governor Manoj Sinha reiterating that the road to prosperity of Jammu and Kashmir has to pass through villages only buttresses such an accepted reality and importance of villages. Districts need to be developed is what is theoretically and generally accepted but heterogeneity in the composition of districts in terms of villages warrants more concentration on villages than on districts as a whole. Panchayati Raj Institution in Jammu and Kashmir, therefore, should not be mere experimentation but an opportunity to empower the village population and the Panchayats by collecting and sharing certain critical indicators like on health, connectivity, education and other socio-economic factors and accordingly tailor schemes and policies. Therefore, focus on rural development as advocated by the Lt. Governor can be construed to be in its core sense which, therefore, demands to be addressed on priority.
In this connection, let it be admitted that we do not have a ready and updated data in respect of the villages requirements except related to agriculture and whether any systematic research and analysis is done so as to frame suitable policies to be implemented or just what is done is adopting a blanket policy which may not be villages specific but overall focussed at district levels has all to be had a relook. In this pursuit, multiple stakeholders need to take initiatives and at sustainable levels. The role of rural infrastructure plays an indomitable role in development of the villages and connecting them with other villages and cities. The fact that self employment , if visible in real form, can be seen better in villages which, therefore, needs a push and due support especially in terms of village and cottage units with special thrust on skill development.
The fact that Indian civilization in itself is agrarian hence social structures and human societal organisations are formed due to its inherent characteristics, main activity , therefore, being maintaining and producing crops and farmland which need to be developed to an extent that each village unit in itself attained self sufficiency goals and levels. Rural development policies , therefore, must remain at the centre of schemes for rural development and empowerment. Functioning at Panchayat levels , therefore, needs to be intensified . We do not question the fact that today’s rural Jammu and Kashmir is not what it was a decade or so back and is increasingly transformed but we have to admit the fact that number of villages are still left out of the ambit of Healthcare and medical facilities. What precisely is the blueprint for the government to ensure rapid improvement on that front especially in far flung and mountainous areas? The other core area is education and the educational infrastructure which appears to be more vibrant on paper than in reality. The condition of schools in rural areas whether in terms of premises/building , facilities for the students, promoting sports and extracurricular activities , internet and on-line coaching and related issues is far from satisfactory even though the staff in the Education Department is more than sufficient and qualified as well.
The villages in Jammu and Kashmir have tremendous potential which need to be harnessed to ensure the rural population benefitted there-from . Tourism potential is worth noting , village tourism like initiatives earlier taken and the enthusiasm displayed appear to have waned off immediately after conceiving the idea. Agreed there are hundreds of Self Help Groups in our villages but whether they get the requisite support, advice , financial assistance and target oriented assignment in terms of proving to be real facilitators of development and therefore whether their areas of operation, scope and capacity have been reviewed from time to time to make them more relevant to their role. We need to do more but in a planned way and if the importance of the role of villages in terms of ensuring overall development and progress is realised , talked about and felt , take it that the ”work” is half done provided the tempo remains consistent and constant.