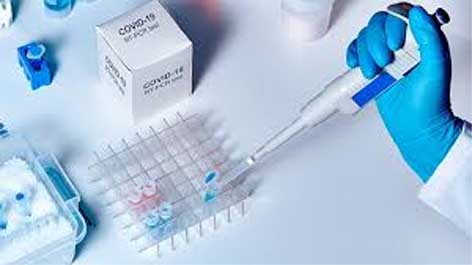 Since unfortunately, cases of suspected COVID-19 infected persons are on the rise in Jammu province for quite few days, Microbiology team in Government Medical College Hospital engaged with testing work is currently under extraordinary strain in not only conducting the tests but providing the reports on them too the same day. While we appreciate their efforts in this hour of great forbearance, at the same time we urge the authorities to provide to them, extra man power and other critical infrastructure that copes well with the quantum of pressure of conducting the requisite tests.
Against the ‘capacity’ of 40 tests only per day due to insufficient staff, more than that figure reaches the laboratory to have the test reports on the same day. It is an irony that adequate facilities since 2017 exist in Kashmir valley but not in Jammu although BSL -2 labs, one each at both the capital cities, had to be raised with the funds already provided by the Government. Why the administration at GMC Hospital failed to do it even after five years of the decision having been taken, needs to be clarified. We urge the authorities, in the mean time, to provide necessary adequate staff at the existing lab in Jammu to explore the possibility of conducting more tests per day.