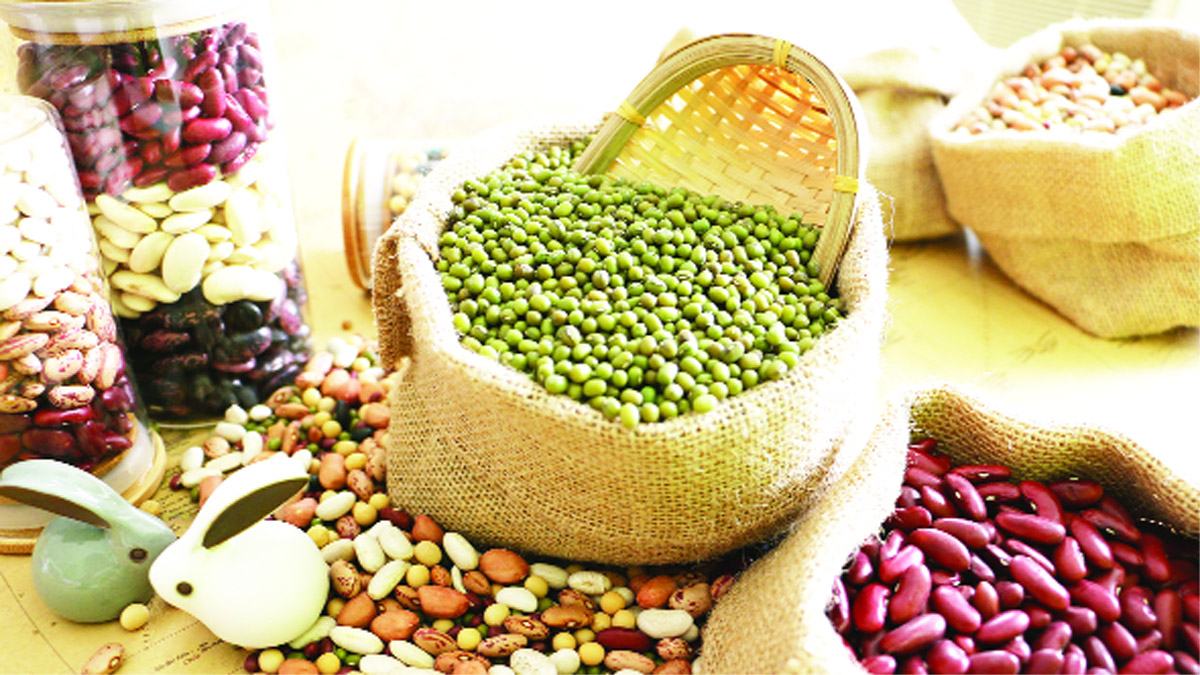 Ekta Sharma
“An organic farmer is the best peacemaker today, because there is more violence, more death, more destruction, more wars, through a violent industrial agricultural system. And to shift away from that into an agriculture of peace is what organic farming is doing.” – Vandana Shiva
Pulses are the main source of protein particularly for vegetarians. As per Indian Council of Medical Research (ICMR) 70gm/day is prescribed which is much higher than the available quantity which is 32gm/day (Anony, 2014). Presently, India ranks 103/130 in Global Hunger Index as per The Global Human Capital Report, World Economic Forum that means India still lacks in nutritional sufficiency. Mash being a legume crop itself makes soil healthier and it is being grown in sub-tropics of Jammu. Here, a majority of population grow it naturally for personal consumption as they are aware of harmful effects of insecticides, weedicides etc. So Jammu state can easily switch to organic mash production and according to an independent data collection study, farmers want to grow it more organically if provided with the assistance which will also leads to zero soil, human and animal health degradation, unlike degradation happened in Punjab. Organic agriculture is need of the era to combat with the nutritional hunger. Mash (Blackgram) i.e Maah ki daal, is a rich source of protein containing 20-25% i.e. double the amount of proteins compared to cereals and also known as the poor man’s meat along with other pulses. Mash also has medicinal properties like curbing diabetes, nervous disorders, hair disorders, digestive system and rheumatic affiliations. India ranks 10th in organic farming as per APEDA (Agriculture Processed Food Products Export Development Authority), Government of India.(GOI) India produced around 1.24 million tonnes of certified organic products which includes all varieties of food products namely sugarcane, cotton, oilseeds, basmati rice, pulses, spices, tea, fruits, dry fruits, vegetables, coffee and their value added products.
Among all states, Madhya Pradesh has covered largest area under organic certification followed by Himachal Pradesh and Rajasthan whereas Sikkim is the first completely organic state of India. Way forward in mash cultivation holds a brighter scope in Jammu area as FYM is adequately available here, good extension linkages are available and the state have a recognized State Agricultural University by ICAR (Indian Council of Agricultural Research). Governments is supporting entrepreneurship programmes and promoting organic production presently. Mash is a tropical crop which can be easily grown in rainfed areas but to include hilly far flung areas along with the nearby areas is the only constraint. In fact, Shahpur Kandi dam can be another ray of hope to promote organic mash production twice a year which is presently once in a year in majority of the far flung areas in few years.
Although it is able to tolerate high temperatures but still nowadays neutral varieties are also available for cultivation in summer. During rainy seasons when the roads are overflooded with the seasonal rainwater, the farmers can make the best use of technology by contacting extenionists and other dealers to get the seed timely on mobile phones and can get the weather reports timely. Panchayat level democracy can promote it easily. When everything is falling at right place now the state government is requested to show its strong will towards it as agriculture is a state subject and the curse can be turned into a blessing like for instance the seasonal nallas/rainwater can be converted to rainwater waterharvesting tanks. Last but not the least,
“To make agriculture sustainable, the grower has got to be able to make a profit.” – Sam Larr
The growing demand of organic food is high and it is an opportunity to grab profitably for all the farmers be it small, marginal and large. State government and private interventions can support and provide marketing linkages under mandis and malls etc. The mash is valued for its high digestibility and freedom from flatuelence effect. It demands less input fertilizer , less labour intensive, only 2-4 irrigations are sufficient. So it it very beneficial for farmers to grow mash pulse economically and organic production will be the best choice for consumers in terms of nutrition and health.
feedbackexcelsior@gmail.com

Legally Speaking No Council of Ministers for JKUT

A year of misgovernance

Tobacco and COVID 19: A Lethal Combo

TOD: Give it a chance