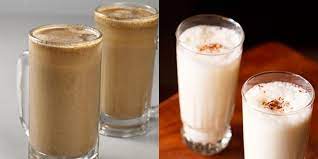 Lahore, June 25: A top educational body in Pakistan has proposed a novel idea to boost employment and reduce the expenditure on tea imports in the cash-strapped country: promote the consumption of local drinks such as lassi and sattu.
The Higher Education Commission’s acting chairperson Dr Shaista Sohail, in a circular to the vice-chancellors of public sector universities has asked them to take a “leadership role and think of innovative ways to provide relief to the lower-income groups and the economy as a whole”, the Geo TV reported on Friday.
In the circular, Sohail has suggested “promoting local tea plantations and traditional drinks like lassi and sattu, which will increase employment and also generate income involved in manufacturing these drinks for the public. The expenditure on the import of tea would reduce our import bill.”
Pakistan has been grappling with a widening current account deficit and depleting foreign exchange reserves, which has plummeted to USD 8.2 billion as on June 17, according to the State Bank of Pakistan.
Earlier this month, Pakistan’s Minister for Planning, Development, and Special Initiatives Ahsan Iqbal has urged citizens to cut down on the consumption of tea to help reduce the import bill eating into the country’s depleting foreign exchange reserves.
Iqbal’s appeal came after it emerged that Pakistan consumed tea worth USD 400 million in the fiscal year 2021-22, according to The News International newspaper.
The minister said Pakistan, one of the biggest importers of tea in the world, has to borrow money to import it.
“I appeal to the nation to cut down the consumption of tea by 1-2 cups because we import tea on loan,” Iqbal said.
The federal budget document for the outgoing fiscal year showed that Pakistan imported USD 60 million worth of more tea than the last fiscal. Iqbal’s suggestion had garnered flak.
But Sohail is hopeful that her idea will go a long way in easing Pakistan’s economic travails.
“I am sure that the honourable vice-chancellors will be able to innovatively explore many other avenues to create employment, reduce imports and ease the economic situation,” she added.
On Friday, Pakistan Prime Minister Shehbaz Sharif announced a 10 per cent “super tax” on large-scale industries like cement, steel and automobile, a move he said was aimed at tackling spiralling inflation and saving the cash-strapped country from going “bankrupt.”
High net worth individuals will also be subject to a “poverty alleviation tax,” the premier said in his address to the nation.
After many meetings and hiccups, the Pakistan government and the International Monetary Fund on Tuesday reached a broader understanding to restore a USD 6 billion package, providing a much-needed boost to Pakistan’s economy. (PTI)