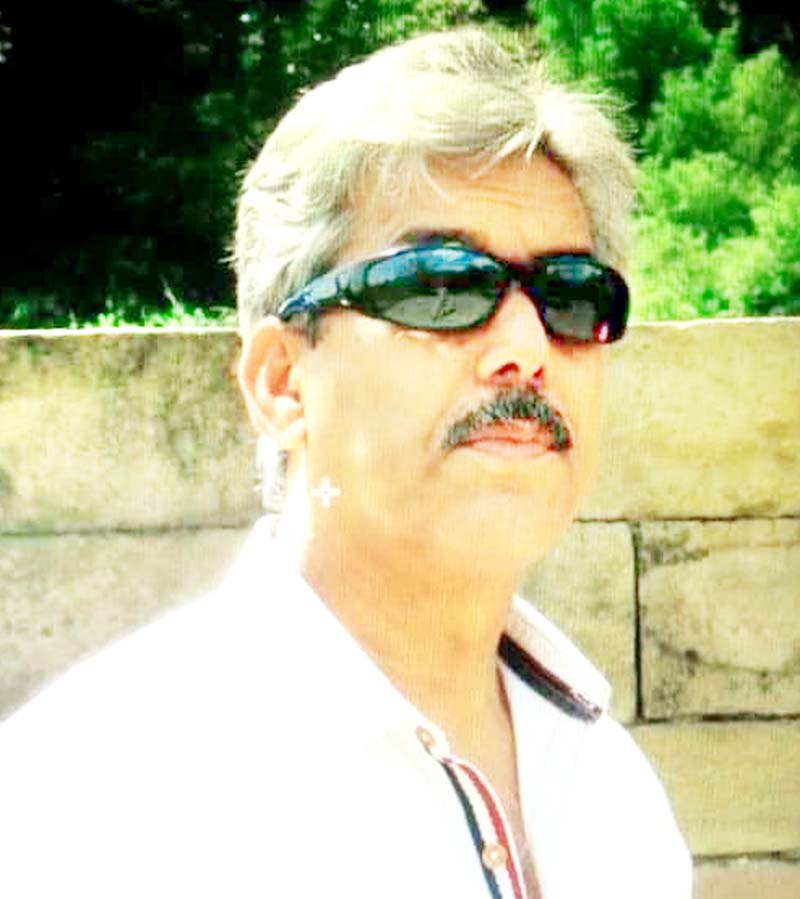 Excelsior Correspondent
JAMMU, May 6: Prof Shailender Singh Jamwal, Head, Department of History and Dean Students Welfare in Jammu University, died of cardiac arrest early this morning.
He was 54 and suffered a massive heart attack during evening walk on Sunday following which the family members rushed him to GMC Hospital where he breathed his last in the wee hours today.
Cremation of Prof Jamwal was performed this afternoon at his native village Raipur, Bantalab. The funeral was attended by a large number of people from all walks of life, including Jammu University faculty members, employees, students and scholars besides Vice-Chancellors of JU and Central University of Jammu.
Sudden demise of Prof Jamwal sent a shock wave in the entire university fraternity and class work on Monday remained suspended to condole the death while Medical Officer of the Jammu University Health Centre was attached for dereliction of duty.
When Prof Jamwal suffered heart attack during evening walk, the said Medical Officer, Dr Bharat Bhushan, could not be contacted for emergency duty on call despite repeated attempts as both of his mobile numbers were switched off, said JU Spokesperson Dr Vinay Thussoo.
Taking cognizance of the dereliction of duty, the University administration has ordered attachment of Dr Bharat Bhushan with the office of Registrar JU, the spokesperson added.
Meanwhile, Governor Satya Pal Malik has expressed grief over the sad demise of Professor Shailender Singh and describing the death as a great loss to the Institution. The Governor has also prayed for eternal peace to the departed soul and strength to the bereaved family in its hour of grief.
A condolence meeting was held on JU campus, which was attended by the University fraternity including academicians, officers, and officials, who prayed for peace to the departed soul. JU Vice-Chancellor Prof Manoj Dhar, while expressing his grief, said that Prof Jamwal was an academician of great repute whose rich contribution towards the growth of the University shall always be remembered.
Shailender Singh Jamwal had joined the University of Jammu in the year 1997 as Assistant Professor in Department of History. He held many prestigious positions in the University administration and eminent academic bodies of the country. He was also a common wealth fellow at Oxford University England. He was an authority on history of Jammu and Kashmir especially J&K under the Dogra rule. He was one of the leading lights in Jammu University.

Relatives protest as woman dies for want of ambulance

Gang of highway robbers busted, one held with toy guns

Still under house arrest, now lock put on gate from inside also: Soz