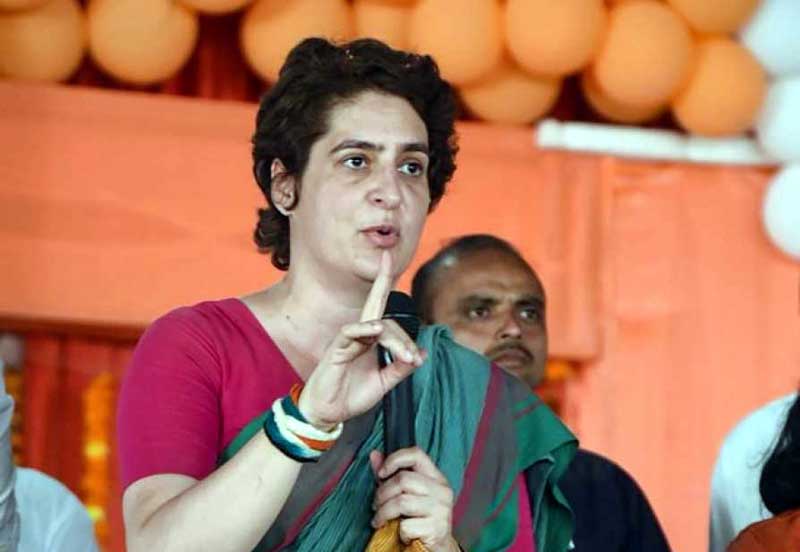 NEW DELHI, July 25: Congress general secretary Priyanka Gandhi Vadra on Thursday posted a video of a woman being panned by a policeman for wearing jewellery while she was attempting to file an eve-teasing complaint, and said the first step towards ensuring justice for women is listening to them.
She posted the video in which a woman is narrating that she was eve teased by a group of men and her brother was beaten up for protesting their remarks. In response, the police official asks the woman about her attire and bangles and locket worn by married women. He also pulls up her family.
“A girl who has gone to file a report of eve teasing is being treated in this manner at a police station. On one hand crimes against women are not going down in Uttar Pradesh, on the other hand protectors of law are behaving in this manner,” Priyanka Gandhi tweeted.
The first step towards getting justice for women is listening to them, she said. Priyanka Gandhi has been attacking the Yogi Adityanath Government over alleged rise in crimes against women in the state, demanding action against those breaking the law. (PTI)