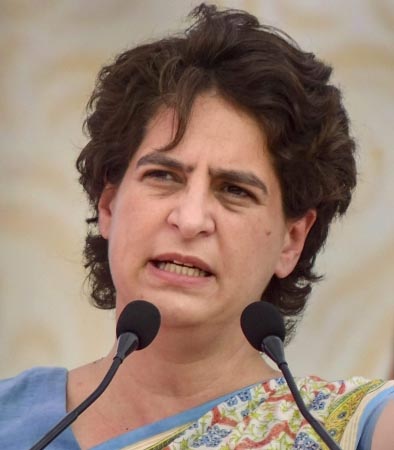 NEW DELHI, Aug 16:
Congress general secretary Priyanka Gandhi Vadra on Friday expressed shock at the lower court judgment in the Pehlu Khan case and hoped that the new law against lynchings in Rajasthan would set a good example by ensuring justice in the case.
“The lower court decision in the Pehlu Khan case is shocking. There should be no place for inhumaneness in our country and the murder by a mob is a heinous crime,”she said in a tweet in Hindi.
The Congress leader also lauded the Rajasthan government for bringing a law on mob lynching.
“It is hoped that it will set a good example in getting justice in the Pehlu Khan case,” she said in another tweet.
An Alwar court on Wednesday had acquitted all six accused in the lynching of Pehlu Khan two years ago.
Pehlu Khan (55), his two sons and a few others were transporting cows from Jaipur when they were allegedly stopped and thrashed by a mob near Behror in Alwar district on April 1, 2017.
The Rajasthan legislative assembly had on August 5 passed a bill providing for life imprisonment and a fine up to Rs 5 lakh to convicts in cases of mob lynching involving the victim’s death. (PTI)