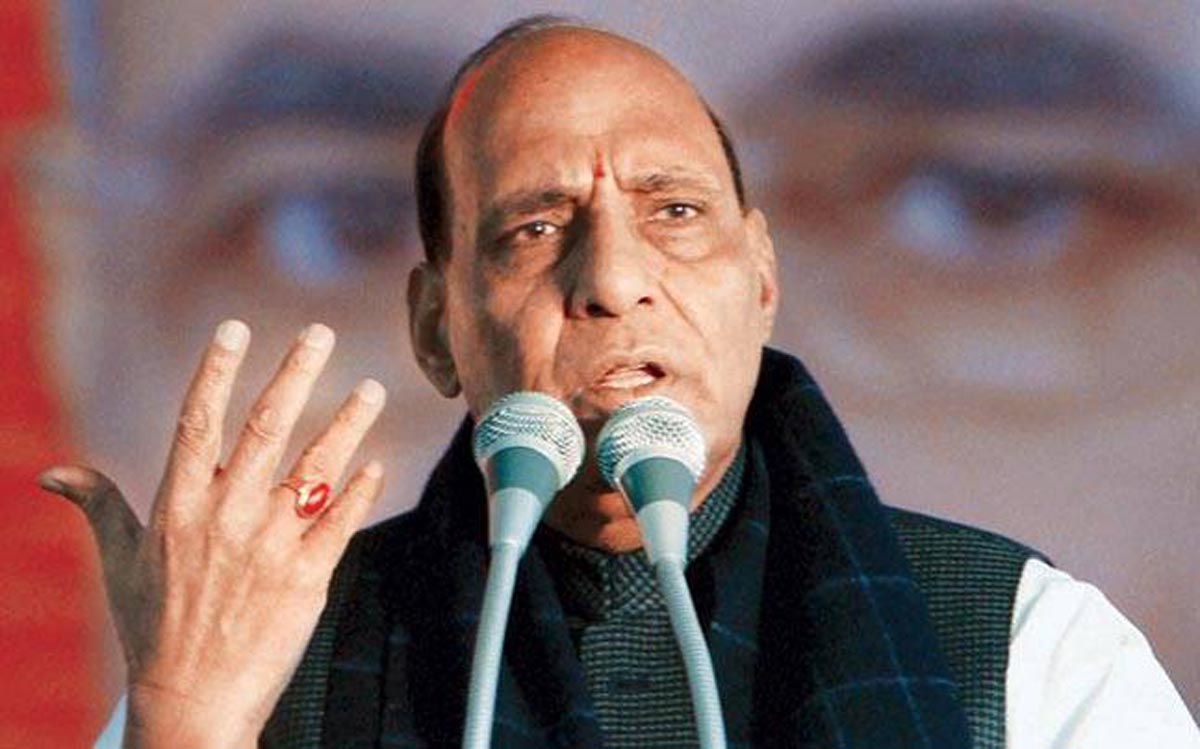 KOLLAM, Sept 27: Union Home Minister Rajnath Singh Thursday said responsible print media should create awareness among the people to shun violence in a democracy, as he voiced concern over the bloody political clashes in Kerala.
Launching the Kollam edition of Malayalam daily ‘Janmabhoomi’ here, he said the print media had an extremely important role in safeguarding democracy and democratic processes.
“It is a matter of concern that democracy is scared by political violence in Kerala,” he said, in a veiled reference to the frequent bloodshed among cadres of CPI(M) and BJP-RSS especially in the northern district of Kannur.
Singh said he had urged Chief Minister Pinarayi Vijayan to deal firmly with the violence and assured that centre would provide all help in this regard.
Referring to the recent devastating floods in the state, he said the centre was committed to providing all help to mitigate the sufferings of the people, their rehabilitation and the state’s reconstruction.
The inter-ministerial Central team had completed its visit to the state and its report will be considered as soon as possible once submitted, he said.
Singh pointed out that, the centre had already released two instalments of Rs 100 crore and 500 crore each towards immediate assistance to the state.
Central agencies like the National Highways Authority of India have been asked to help in the reconstruction of roads in the state.
The home minister also lauded the role of fishermen who had saved several lives during the deluge, worst in a century. (PTI)