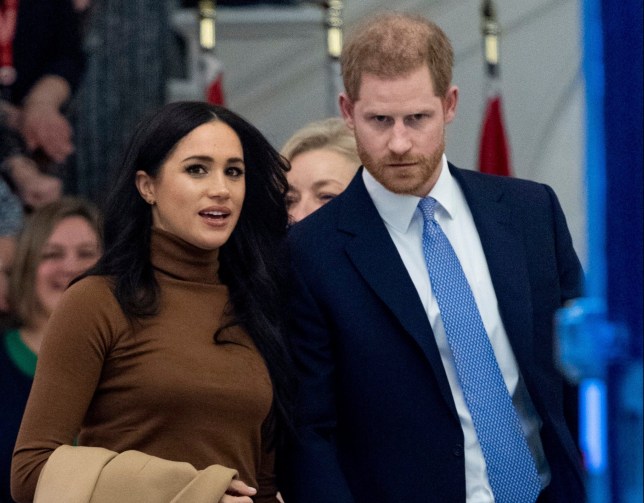 LONDON: Prince Harry on Tuesday began a new chapter in his life as he landed in Canada to reunite with his wife Meghan Markle and their eight-month-old son after a formal split with the British Royal family.

The 35-year-old Duke of Sussex was photographed stepping off a plane in Vancouver as he set off in a car to join his family already in the country for some time.

Meghan, the Duchess of Sussex, is already in Vancouver Island in Canada with Archie.

Their son Archie, who was born in May last year, has not been back to the UK since the family’s Christmas break on Vancouver Island.

Over the weekend, Harry spoke of his “great sadness” as he described in his own words how he and his 38-year-old actress wife decided to take a “leap of faith” and step back as senior members of the royal family.

“The decision that I have made for my wife and I to step back, is not one I made lightly,” he said in a speech for charity Sentebale, co-founded by him in 2006 to support those affected by HIV in Lesotho and Botswana in southern Africa.

“The UK is my home and a place that I love. That will never change,” he said.

But it is expected that the couple plan to spend a majority of their time in Canada, a country Markle has known well from her days of shooting for the television series ‘Suits’.

As part of a new exit deal cleared by Queen Elizabeth II, Harry and Meghan will forsake their His and Her Royal Highness titles and also any claim over UK taxpayer funding through the Sovereign Grant as they begin their new financially independent roles.

They would not be representing the 93-year-old monarch in any official capacity once the agreement kicks in by the end of March.

On Monday, Harry attended the UK-Africa Investment Summit – likely to be one of his last official royal engagements. On the sidelines of the summit in London, he had a private one-on-one meeting with British Prime Minister Boris Johnson before setting off for Canada.

“I think the whole country will want to join in wishing them the very best for the future,” said Johnson.

Details around the couple’s future security arrangements are in the process of being finalised, with the Canadian government having expressed some concerns around having to foot the enormous bill.

But the Queen has expressed her full support to her grandson following the shock announcement earlier this month, resulting in an unprecedented split within the top rung of the UK royal family.

Harry has made repeated references to the media as a “powerful force”, which was the primary reason behind his decision to remove his family from the spotlight as frontline royals.

“I know I haven’t always got it right, but as far as this goes, there really was no other option. What I want to make clear is we’re not walking away, and we certainly aren’t walking away from you,” he said, in reference to continuing his patronage for his charitable work. (AGENCIES))