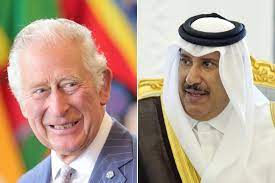 London, June 26: The Prince of Wales had accepted a suitcase containing 1 million in cash from a controversial Qatari politician between 2011 and 2015.
According to The Sunday Times, it was one of three lots of cash, totalling 3 million, which Prince Charles personally received from Sheikh Hamad bin Jassim bin Jaber Al Thani, the former prime minister of Qatar who is nicknamed “HBJ”, between 2011 and 2015.
The cash was handed to Prince Charles in a suitcase on one occasion, a holdall on another and in Fortnum & Mason carrier bags, the up-market department store holding a Royal Warrant to supply the prince’s household with groceries.
The cash-filled suitcase was given to two of Charles’ advisers who are said to have hand-counted the money, The Guardian reported. The Palace aides had allegedly asked Coutts, the private bank acting for the royal family, to collect the cash.
The handovers had allegedly occurred during meetings between the two men, including a private one-to-one meeting at Clarence House in 2015.
A Clarence House spokesman said that the money given during the 2015 meeting was “passed immediately to one of the prince’s charities who carried out the appropriate covenants and assured us that all the correct processes were followed”.
The Sunday Times reported that there is no prove that the payments deposited into the accounts of Prince of Wales’s Charitable Fund (PWCF) were illegal. (UNI)