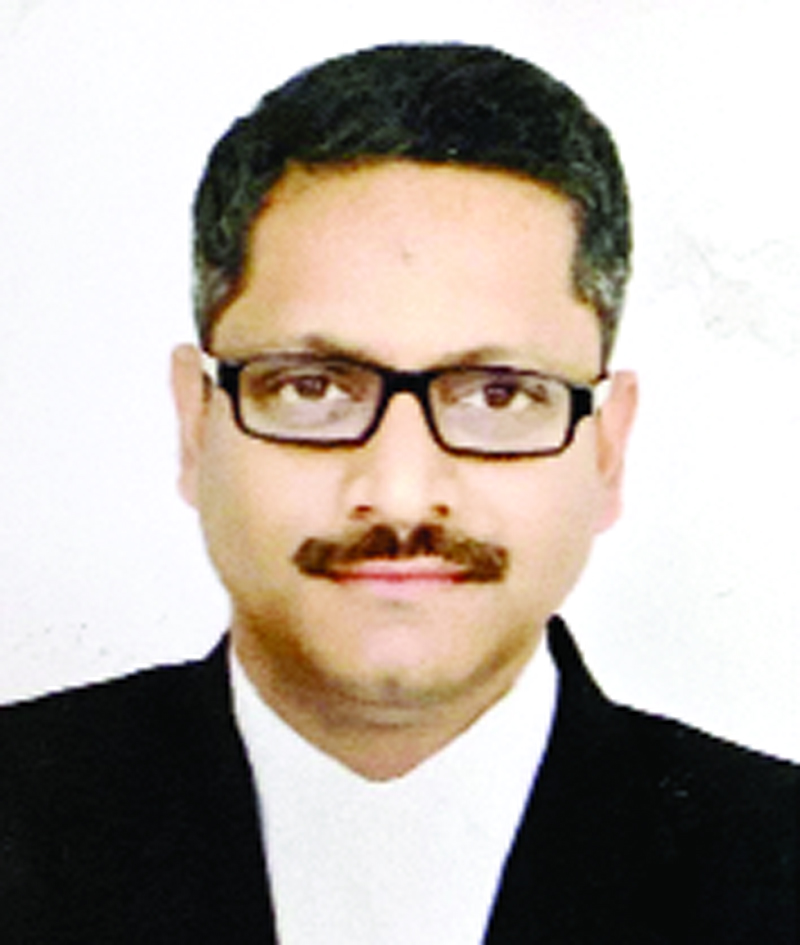 JAMMU, Jan 29: President of India Ram Nath Kovind today issued the warrants for the appointment of Advocate Rajneesh Oswal as Judge of Common High Court of the Union Territory of Jammu and Kashmir and Union Territory of Ladakh.
Rajneesh Oswal is the first Advocate to be appointed as Judge to the Common High Court after creation of UT of Jammu and Kashmir and UT of Ladakh on October 31, 2019.
EXCELSIOR in its edition dated January 24, 2020 had exclusively reported that Union Law Ministry has given its approval for appointment of Rajneesh Oswal as Judge of J&K High Court and the formal notification will be issued shortly.
“In exercise of the power conferred by clause (1) of Article 217 of the Constitution of India, the President is pleased to appoint Rajnesh Oswal, to be a Judge of Common High Court for the Union Territory of Jammu and Kashmir and Union Territory of Ladakh with effect from the date he assumes charge of his office”, read the notification issued by the Union Ministry of Law and Justice.
Now, Registrar General of J&K High Court will formally write to the Raj Bhawan seeking time for administration of oath to Oswal as Judge of High Court, which is likely to take place in next few days.
With the appointment of Advocate Oswal as Judge the strength of J&K High Court will increase from eight to nine. The J&K High Court has sanctioned strength of 17 Judges including 13 Permanent Judges and 4 Additional Judges. However, at present there are only eight Judges including Chief Justice Gita Mittal.
The other Judges of the High Court are Justice Rajesh Bindal, Justice Ali Mohammad Magrey, Justice Dhiraj Singh Thakur, Justice Tashi Rabstan, Justice Sanjeev Kumar Shukla, Justice Sanjay Kumar Gupta and Justice Sindhu Sharma.
Rajnesh Oswal, who has been practising law since 1998 had also served as Standing Counsel for Crime Branch Jammu and panel Lawyer for J&K High Court. Earlier, he did his graduation from GGM Science College and LLB from Jammu University and had also received Gold Medal in LLB academics.