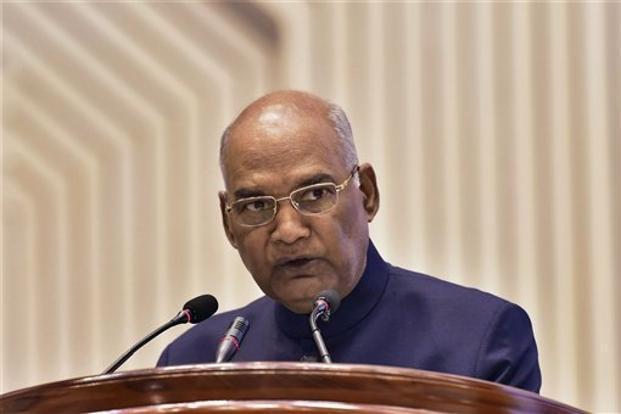 KAKRIYAL (Reasi): President Ram Nath Kovind today termed as “barbaric” the Kathua gangrape and murder case and said it was the collective responsibility of society to ensure such things do not happen with any girl in the country.
The President spoke on the matter while addressing the 6th convocation of the Shri Mata Vaishno Devi University here.
“It is the collective responsibility of all of us, anything like this should not happen with any girl in any part of the country”, he said, terming the incident as “heinous and barbaric”.
The president said he was hopeful that “all among us will fulfill the responsibility of securing our girl child”.
The brutal gang rape and murder of the eight-year-old girl has already seen a nationwide outrage with protests being observed across the country.
Earlier in the day the president arrived here on his maiden two-day visit to Jammu.
The president was received by Governor N N Vohra, Chief Minister Mehbooba Mufti, Legislative Assembly Speaker Kavinder Gupta and Legislative Council Chairman Haji Anayat Ali at the Technical airport here, a spokesperson said.
Deputy Chief Minister Nirmal Singh and Revenue Minister Abdul Rehman Veeri were among those who received the president. (AGENCIES)