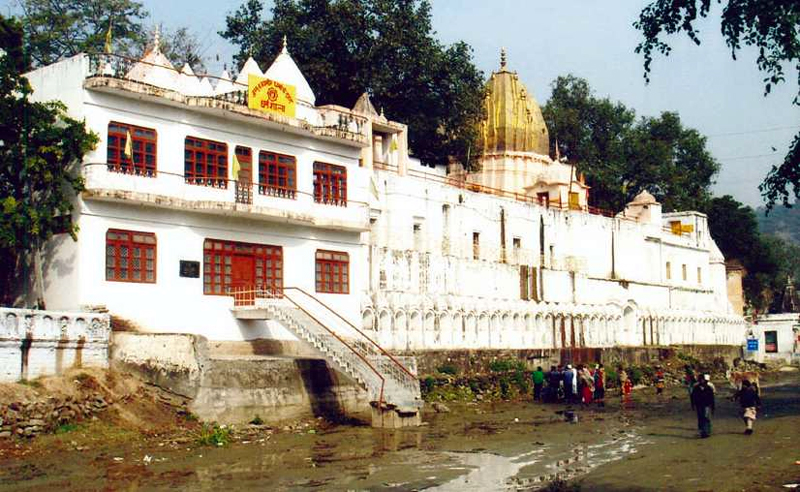 JAMMU, Feb 23: Contrary to tall claims of the Central Government for all support to development of Jammu region, the much needed project for pilgrimage rejuvenation and tourist infrastructure at Purmandal and Utterbehni in Samba district is awaiting approval for the last more than one year.
Because of unprecedented delay in approval of the project notwithstanding the fact that Detailed project Report of the same was forwarded to the Government after insistence of none other than Union Minister of State for Tourism during his visit to these two religious places, lack of infrastructure facilities continues to discourage people in visiting these historic pilgrimage centres on the bank of holy Devika river.
Detailed Project Report of the project with an estimated cost of Rs 50 crores, under Pilgrimage Rejuvenation and Spiritual Augmentation Drive (PRASAD) for Purmandal and Utterbehni was forwarded to the Union Tourism Ministry in January last year.
The components, of project for development of tourist infrastructure at these two religious places include conservation and restoration of temples, restoration of historic Bowli, Sanskrit Vidyalaya, entrance gateway, development of integrated parking with provision for public convenience, upgradation of existing bus stand, paved approach road, pathway with retaining walls. Bathing Ghats. Intermediate green patches etc.
It may be recalled that during his visit to Jammu on December 17, 2019, the Union Minister of State for Tourism, Prahlad Singh Patel had sought submission of Detailed Project Report (DPR) for holistic development of Purmandal-Utterbehni as major pilgrimage centres under PRASAD scheme. Expressing concern over dilapidated condition of the historic temples and monuments at Purmandal-Utterbehni because of no care so far, the Union Minister had stated that the work on conservation of the same should have started more than 50 years ago. Patel had sought DPR on the same to his Ministry within 15 days for further necessary action.
According to the official sources, the DPR was prepared and submitted to the Union Ministry of Tourism in the month of January 2020, but even after a lapse of more than one year, the higher -ups in the Ministry are still sitting over project despite repeated assurances of the Union Government for all support to Jammu region for infrastructure development, particularly following abrogation of the Special Status under Article 370.
Pertinent to mention that a project for development of Purmandal-Utterbehni as Pilgrimage Centres was mooted in 2015-16 but the same was never submitted by then PDP-BJP Government to the Centre for no reasons while Rs 2000 crores sanctioned for Tourism development in J&K under Prime Minister Development Project were allegedly spent on Kashmir only.
Under PRASAD, the project amounting Rs 5004.12 lakh includes Rs 3499.12 lakh for development of tourist infrastructure at Purmandal and Rs 1505 lakh for development of tourist infrastructure at Utterbehni.
While elaborating, official sources said that the components of project for Purmandal include Rs 600 lakh for conservation and restoration of 12 Haveli/Sarai, 19 Temples and 13 Bowlis, suspension foot bridge Foot bridge across Devika bridge and with approaches (Rs 100 lakh), construction of Tourist Facilitation Centre and Library (Rs 200 lakh), development of integrated parking in 10 kanals with provision for public conveniences, water point, access control, guard room, waiting hall, ATM, vehicle workshop and fencing, land leveling and filling of land (Rs 350 lakh), upgradation of existing bus stand (Rs 100 lakh), paved approach road from existing bridge to hospital (Rs 150 lakh), pathways with retaining walls, bathing ghats, intermediate green patches with provision of sewerage and drainage network, including STP at down stream of Purmandal bridge on both side (Rs 1400 lakh), landscaping of open area around Shrines/temples (Rs 100 lakh), illumination and CCTV cameras (Rs 200 lakh), etc.
Similarly, the components of the project at Utterbehni include Devika River Front development (Rs 400 lakh), tourist amenities (Rs 100 lakh), development of parking (Rs 150 lakh), restoration of Sanskrit Vidyalaya having quarters of students (Rs 100 lakh), restoration of temples (Rs 100 lakh), restoration of Bowli, landscaping and parking at Ram temple (Rs 100 lakh), illumination of temples and CCTV cameras (Rs 200 lakh), development of herbal garden with landscaping, pathways etc (Rs 225 lakh).