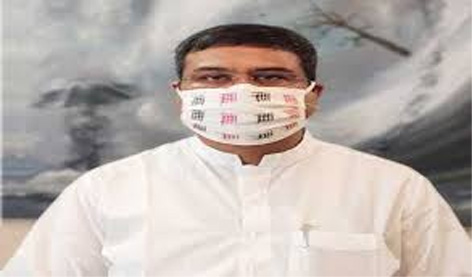 He chaired a video conferencing with officials from Ministry of Steel, Ministry of Road Transport and Highways, Ministry of Railways, INSDAG, SAIL and steel fabricators from Bhilai here on Tuesday to work out a detailed plan for developing a steel fabrication cluster around the Bhilai Steel Plant.

The issues faced by the bridge fabricators in meeting their steel requirements were also discussed.

The steel fabrication cluster envisaged will give boost to the MSME sector in the region, facilitate employment generation and give impetus to the local economy. This is in line with the spirit of Prime Minister Narendra Modi’s call for an Aatmanirbhar Bharat.

Mr Pradhan directed the CEO, Bhilai Steel Plant to ensure that the steel plate requirement of the steel fabricators in the Durg district is fully met and any restrictive conditions coming in the way of such procurement be removed.

The Minister also discussed a strategy of enhancing steel usage in the bridges constructed by Transport ministry on lines with Railways which is using steel bridges on a very large scale, according to a statement here on Wednesday.
(UNI)