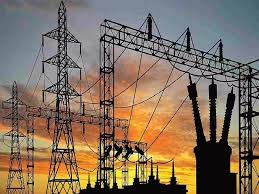 Come summer here and tonnes of coal are burnt in power plants to keep homes and offices cold. But most plants are grappling with a coal shortage.
Every year, the coal behemoth advises power producers to stock up before the monsoon since the mines tend to get flooded, impacting production.
This year’s March was hottest in over a century, leading to earlier-than-usual surge in electricity demand. The big mismatch in demand and supply forced several states to resort to power cuts. India gets 75% of its electricity from coal.
And the average coal stocks at domestic power plants have fallen to nine days as of mid-April, the lowest in at least eight years.
This is way lower than the Government-mandated norm of an average 24 days of stock. It prompted The All India Power Engineers Federation to warn of an impending energy crisis in 12 states.
The shortage of electricity as a percentage of demand has shot up to 1.4% this month compared to 1.1% in October when India last faced a serious coal shortage.
Bihar, Jharkhand, Haryana and Uttarakhand are facing an electricity deficit of more than 3% each while Andhra Pradesh is facing a power shortage of 8.7%.
According to Central Electricity Authority (CEA), as of April 17, out of 173 plants that it tracks, 101 are left with critical levels of coal stock.
To supply coal to the thermal power stations, 453 wagons are required. While only 379 were available in the first week of April, which has now increased to 415. But the shortage is worsening the supply crisis.
State-run Coal India, which accounts for 80% of India’s coal output, increased its production by 27% in the first half of April.
But the world’s largest coal mining firm said the escalating demand — driven up by post-pandemic economic buoyancy and hotter than normal summer — seem to be ‘dwarfing’ the supply increase.
Coal India has sharply reduced supplies to the non-power sector which includes aluminium smelters, cement factories and steel mills despite record production. It raised its supplies to the power sector by 14% in the first half of April.
Nomura has said that if supply does not catch up with the demand, it would result in more power outages in summer and a diversion of coal from non-power sectors, weighing on industrial output and increasing electricity costs. This can become “another stagflationary shock”, it warned.
So why does India face a recurring coal shortage and how can the issue be addressed?
Even as power outages rise, the coordination between power, coal, and railway ministries has also come to the fore.
Ashok Khurana, director-general of the Association of Power Producers told Business Standard that the blame game has always plagued the power sector.
Coal India, on its part, said that it is coordinating with these ministries to build up stock at power plants but exhorted power plants designed to run on imported coal to meet their requisite imports set for the year.
The Power Ministry also asked utilities to increase coal imports for blending. Fitch Ratings however said that high international coal prices would limit any significant increase in imports.
Coal India was caught unprepared by the surge in electricity demand after the third wave of the pandemic. The long-standing problem of insufficient railway rakes to transport coal from pitheads to power plants added to the woes. Eliminating chronic short- and long-term deficiencies in coal-supply logistics and better inter-ministerial planning can help solve India’s power shortages. The U.K., meanwhile, has witnessed many of its fuel pumps running dry and the country’s military has been called in to prevent any violence.
What is happening in India?
Amid this global energy crisis, a power crisis is brewing in India with the country’s power plants running on critically low coal stocks.
Three out of four power plants in the country possess less than a week’s coal in stock amid rising demand.
The coal shortage has impacted power generation in many states, including Gujarat, Punjab, Rajasthan, Delhi and Tamil Nadu.
But power shortages have so far been mostly restricted to northern states.
Chief ministers of some states have even written to the Prime Minister about the imminent power crisis faced by the States.
What has caused the coal shortage and power crisis?
Power plants are grappling with a surge in demand from industries as India’s economy is picking up after the second wave of COVID-19.
Power consumption in the last two months alone jumped by almost 17%, compared to the same period in 2019.
As there is a reluctance to raise the price that consumers pay for electricity, power plants have very little incentive to boost production.
As for coal, domestic producers are unable to meet the rise in demand despite India having the fourth largest reserves in the world.
India is the world’s second-largest importer of coal after China. But importing coal has also become hard, because international coal prices have hit record highs due to the increase in global demand.
What is the coal ministry saying?
The Coal Ministry said coal supplies in India were set to hit a ‘record high’ in 2021-2022, it blamed extended monsoons for constraints in despatches from mines.
The Power Ministry has asked States to utilise unallocated power of the central generating stations to meet the requirements of their own consumers.
What can be done?
The coal shortage and power crisis comes at a time when India has been trying to reduce its dependence on coal to meet climate targets .
In 2016, India committed to cut emissions by 33% by 2030 and to ensure that about 40% of its installed power capacity comes from renewable energy, targets that the Government says it is on track to reach.
But the country’s 135 coal-fired power plants supply about 70% of India’s electricity.
As a long-term solution, experts advocate an investment in multiple power sources, a mix of coal and clean sources of energy.
(The author is BJP spokesperson, J&K UT)