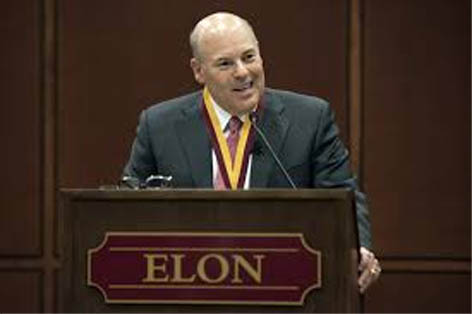 Washington, Aug 8: The US Postal Service says it lost USD billion in the three months that ended in June as the beleaguered agency — hit hard by the coronavirus pandemic — piles up financial losses that officials warn could top USD 20 billion over two years.
But the new postmaster general, Louis DeJoy, disputed reports that his agency is slowing down election mail or any other mail and said it has “ample capacity to deliver all election mail securely and on time” for the November presidential contest, when a significant increase in mail-in ballots is expected. Still, DeJoy offered a gloomy picture of the 630,000-employee agency Friday in his first public remarks since taking the top job in June.
“Our financial position is dire, stemming from substantial declines in mail volume, a broken business model and a management strategy that has not adequately addressed these issues,” DeJoy told the postal board of governors at a meeting Friday. “Without dramatic change, there is no end in sight,” DeJoy said.
While package deliveries to homebound Americans were up more than 50 per cent, that was offset by continued declines in first-class and business mail, even as costs increased significantly to pay for personal protective equipment and replace workers who got sick or chose to stay home in fear of the virus, DeJoy said.
Without an intervention from Congress, the agency faces an impending cash flow crisis, he said. The Postal Service is seeking an infusion of at least USD 10 billion to cover operating losses as well as regulatory changes that would undo a congressional requirement that the agency pre-fund billions of dollars in retiree health benefits.
The agency is doing its part, said DeJoy, a Republican fundraiser and former supply chain executive who took command of the agency June 15. DeJoy, 63, of North Carolina, is a major donor to President Donald Trump and the Republican Party. He is the first postmaster general in nearly two decades who is not a career postal employee.
In his first month on the job, DeJoy said, he directed the agency to vigorously “focus on the ingrained inefficiencies in our operations,” including by applying strict limits on overtime.
“By running our operations on time and on schedule, and by not incurring unnecessary overtime or other costs, we will enhance our ability to be sustainable and … Continue to provide high-quality, affordable service,” DeJoy said.
While not acknowledging widespread complaints by members of Congress about delivery delays nationwide, DeJoy said the agency will “aggressively monitor and quickly address service issues.” DeJoy’s remarks came as lawmakers from both parties called on the Postal Service to immediately reverse operational changes that are causing delays in deliveries across the country just as big volume increases are expected for mail-in election voting. Democratic House Speaker Nancy Pelosi and Senate Democratic Leader Chuck Schumer said Thursday that changes imposed by DeJoy “threaten the timely delivery of mail — including medicines for seniors, paychecks for workers and absentee ballots for voters — that is essential to millions of Americans.”
In his remarks to the postal board of governors, DeJoy called election mail handling “a robust and proven process.? While there will “likely be an unprecedented increase in election mail volume due to the pandemic, the Postal Service has ample capacity to deliver all election mail securely and on time in accordance with our delivery standards, and we will do so,? DeJoy said.
“However … We cannot correct the errors of (state and local) election boards if they fail to deploy processes that take our normal processing and delivery standards into account.? Later Friday, DeJoy released another memo detailing changes he said would improve efficiency and focus on the service’s core mission. The changes include a management hiring freeze and a request to allow future, voluntary early retirements for non-union employees.
Rep. Carolyn Maloney, D-N.Y., chairwoman of the House Oversight Committee, said DeJoy should not be instituting such major changes during “the middle of a once-in-a-century pandemic with a national election around the corner.”
Maloney, who has called DeJoy to testify before her committee next month, demanded he ”halt these changes now.” DeJoy ran into similar resistance at a closed-door meeting Wednesday with Schumer and Pelosi. Schumer called it “a heated discussion” and said Democrats told DeJoy that “elections are sacred.” They urged him not to impose cutbacks “at a time when all ballots count,? Schumer said. (AGENCIES)