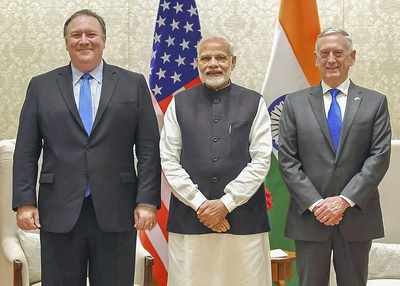 “The Prime Minister fondly recalled his interactions with President Trump and requested the secretaries to convey his greetings to him,” a brief statement from the Prime Minister’s Office said.

It said the two briefed the Prime Minister on the “fruitful and productive” 2+2 dialogue held earlier on Thursday. (AGENCIES)