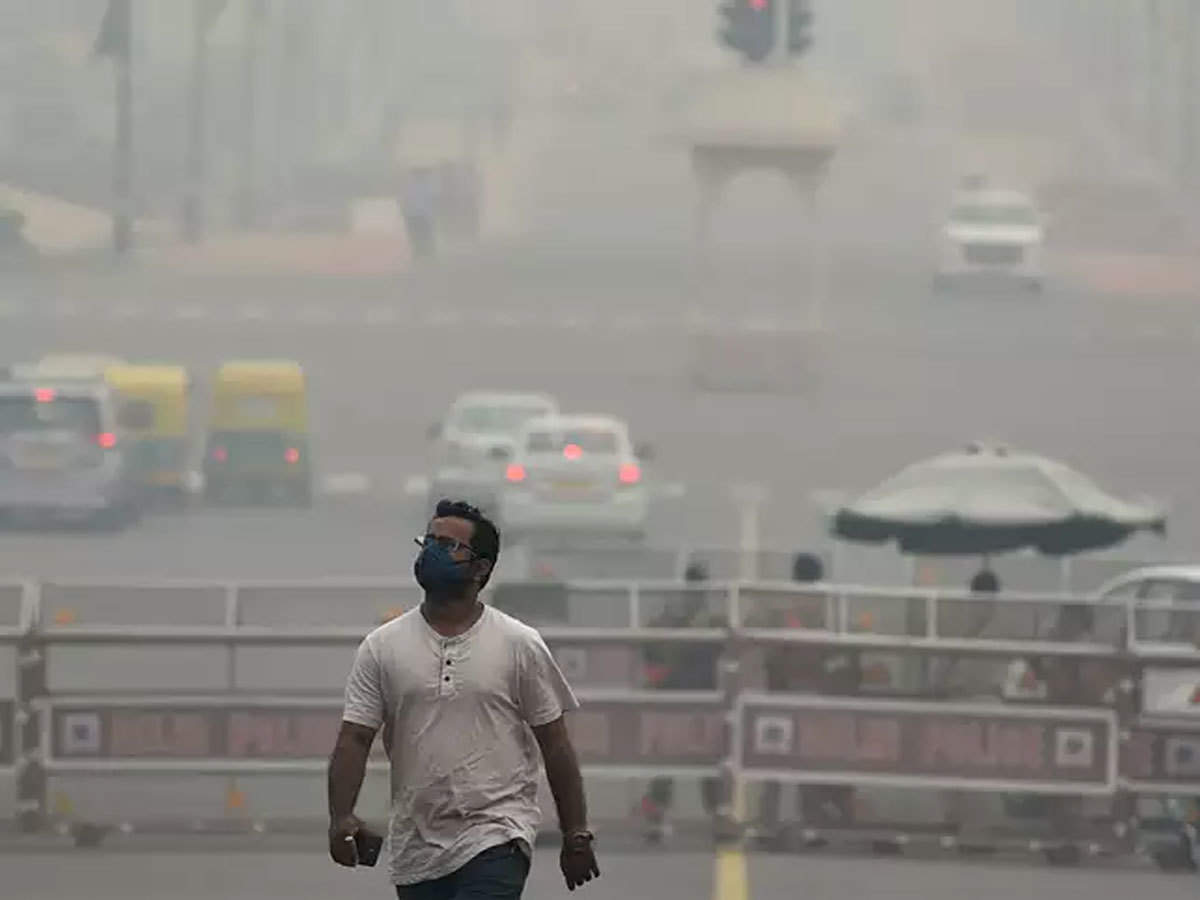 NEW DELHI, Nov 12: The national capital recorded its air quality in the ‘very poor’ category on Thursday morning even as experts said the situation was “much better” compared to two days ago when pollution levels were above the mergency threshold.
A change in the wind direction — from north westerly to north-north easterly — was the reason behind the dip in pollution levels as it reduced the contribution of stubble burning significantly, according to government agencies and weather experts.
The city recorded an air quality index (AQI) of 315 at 9 am. The 24-hour average AQI was 344 on Wednesday and 476 on Tuesday.
Delhi witnessed six “severe” air days on the trot from November 4 to November 9, according to Central Pollution Control Board (CPCB) data.
The AQI in neighbouring cities of Faridabad (306), Ghaziabad (336), Noida (291), Greater Noida (322), and Gurgaon (261), which fall in the National Capital Region (NCR), was also recorded in the “poor” and “very poor” categories.
An official of the India Meteorological Department (IMD) said the “situation is much better compared to Tuesday”.
The wind direction has changed preventing the transport of smoke from farm fires in Punjab and Haryana, he said. The official, however, said the air quality is likely to deteriorate marginally on Friday.
The IMD said winds were calm in the morning and the minimum temperature was 11.6 degrees Celsius.
Calm winds and low temperatures trap pollutants close to the ground, while favourable wind speed helps in their dispersion.
There was shallow fog in the morning and the visibility was 800 metres at the Safdarjung Observatory.
The Ministry of Earth Sciences’ air quality monitor, SAFAR, said the change in transport level wind direction has led to a significant decrease in stubble burning-related intrusion in spite of high fire counts.
The share of stubble burning in Delhi’s PM2.5 was almost negligible — 3 per cent — on Wednesday due to unfavourable transport-level winds, it said.
“Deterioration (in air quality) is expected on Friday towards the higher end of the ‘very poor’ category,” it said.
The CPCB had on Wednesday ordered closure of hot mix plants and stone crushers in Delhi-NCR till November 17 in view of a likely increase in pollution levels during the festive season.
It also asked the governments of Punjab and Haryana to take immediate stringent actions to curb stubble burning and authorities in Delhi-NCR to strictly check biomass burning. (PTI)