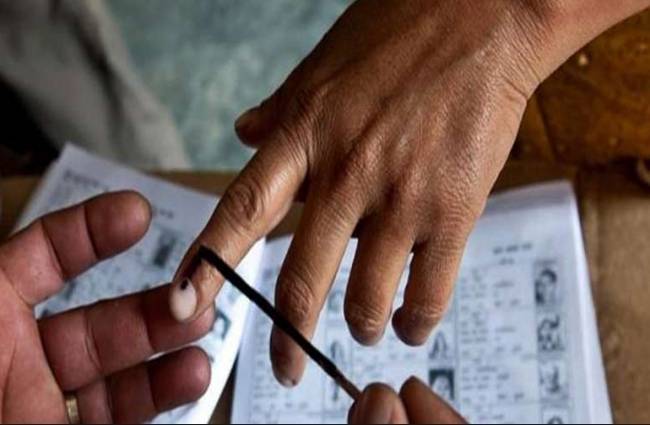 ANANTNAG: The poll battle has now shifted to Anantnag Parliamentary Constituency, spread over four south Kashmir districts of Anantnag, Kulgam, Shopian and Pulwama, where 13.93 lakh voters will decide the fate of 18 candidates in three phases — April 23, April 29 and May 6.
The Election Commission (EC) has decreased the polling hours by two hours in the constituency. The polling will be held between 0700 hrs to 1600 hrs for security reasons.
Former chief minister Mehbooba Mufti, state Congress president G A Mir and Justice (retd) Hasnain Masoodi are among the 18 candidates seeking mandate from the constituency where polling will be held in three phases because of security reasons.

Considered as stronghold of Peoples Democratic Party (PDP) following its win in 11 out of 16 Assembly segments in 2014, the constituency has witnessed major change after the party formed coalition government with the BJP in the state.
”The constituency witnessed encounters and youth joined militancy after the unholy alliance between PDP and BJP,” opposition said.
Though all political parties, including National Conference (NC), PDP, BJP and Congress organised poll meetings under very heavy security cover, majority people remained indifferent to election process. The campaigning so far witnessed some militant attacks, including hurling grenades, firing on a vehicle carrying poll material, besides stone pelting.

Due to security reasons, bypoll could not be held in the constituency after the seat fell vacant when Ms Mufti resigned to become the chief minister of the state following demise of her father Mufti Mohammad Sayeed in 2016. However, bypoll in Srinagar constituency was held in 2016 after PDP MP Tariq Hameed Karra resigned in protest against party’s coalition with BJP. Later, Dr Farooq Abdullah of NC was elected.
Even though there are 18 candidates seeking mandate from the constituency, the main contest is expected to be between Ms Mufti, Mr Mir and Mr Masoodi. CPI(M), which has not fielded any candidate, is supporting NC nominee from Anantnag constituency.

Jammu and Kashmir Peoples Conference, which does not have much of a presence in south Kashmir, has fielded Chaudhry Zaffar Ali as its candidate.

BJP, which had managed to garner only 1.26 per cent of the votes polled in Lok Sabha constituency during 2014 general election, has fielded Sofi Yousuf, a MLC this time. Besides candidates from other smaller parties, there are 10 independent candidates in fray for the constituency.
The EC in a notification issued on Friday fixed the polling time, in all the polling stations, for the Anantnag parliamentary Constituency from 0700 hrs to 1600 hrs. The earlier timing notified by the Commission was between 0700 hrs to 1800 hrs.
Once considered as a stronghold of PDP, Ms Mufti is making every effort to cover the lost ground and once again woo people in south Kashmir.

After hectic campaigning in Srinagar constituency, which went to polls on April 18, leaders of different political parties are addressing poll meetings, seeking votes for their party candidates. However, the campaigning is not as vigorous in south Kashmir as it was in Srinagar and Baramulla parliamentary constituencies as some attacks were carried out by militants on political workers in the last over a fortnight.
Instead of big rallies as witnessed in central and north Kashmir, political parties are conducting smaller gathering with adequate arrangements of security. Meanwhile, BJP has also been able to hold meetings of party workers in the constituency, mostly indoors.

After questions were being asked why no national BJP leader address poll meeting in favour of party candidates, National Spokesperson Shahnawaz Hussain addressed a public meeting in Anantnag.

Interestingly, the development issue has taken a back seat as leaders are trying to woo the voters raising the issues of threat to Article 370 and 35 A, ban on civilian traffic twice in a week on Srinagar-Jammu national highway and National Investigation Agency (NIA) raids, besides Public Safety Act (PSA).

The NC, PDP and PC are blaming each other for the prevailing situation in the valley besides erosion of special status of the state. Three former chief ministers — Dr Farooq Abdullah, his son and NC vice president Omar Abdullah and Mehbooba Mufti president PDP — staged dharna on the highway against ban to draw the attention of voters.

Out of 16 Assembly segments, PDP had won 11 seats, Congress and NC bagged two each while one went to CPI(M) in the constituency in 2014 when no party could manage to get magic 44 figure in 87-member-House. Later, PDP and BJP formed a coalition government.

The Lok Sabha seat was for the first time in 1967 represented by Congress leader Mohammad Shafi Qureshi, who retained the seat for two successive terms ? 1971 and 1977. From 1980 to 1989 the constituency was represented by three NC leaders, Ghulam Rasool Kochak, Begum Akbar Jahan Abdullah, wife of Sheikh Abdullah, and P L Handoo. No elections could be held in 1991 due to militancy in the valley.