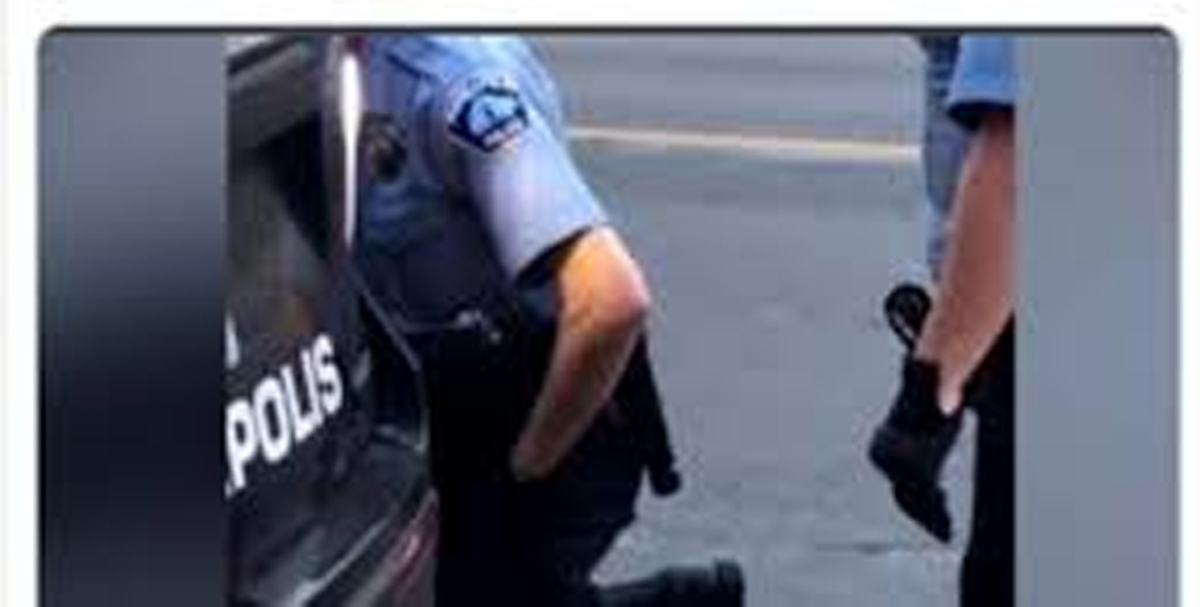 Los Angeles, May 29: Murder.Brutality. Reprehensible.Indefensible.
Police nationwide, in unequivocal and unprecedented language, have condemned the actions of Minneapolis police in the custody death of a handcuffed black man who cried for help as an officer knelt on his neck, pinning him to the pavement for at least eight minutes.
But some civil rights advocates say their denunciations are empty words without meaningful reform behind them.
Authorities say George Floyd was detained Monday because he matched the description of someone who tried to pay with a counterfeit bill at a convenience store, and the 46-year-old resisted arrest. A bystander’s disturbing video shows Officer Derek Chauvin, who is white, kneeling on Floyd’s neck, even as Floyd begs for air and slowly stops talking and moving.
“There is no need to see more video,” Chattanooga, Tennessee, Police Chief David Roddy tweeted Wednesday.
“There no need to wait to see how ‘it plays out’. There is no need to put a knee on someone’s neck for NINE minutes. There IS a need to DO something. If you wear a badge and you don’t have an issue with this … Turn it in.”
The reaction from some law enforcement stands in stark contrast to their muted response or support for police after other in-custody fatalities. Sheriffs and police chiefs have strongly criticized the Minneapolis officer on social media and praised the city’s police chief for his quick dismissal of four officers at the scene. Some even called for them to be criminally charged.
“I am deeply disturbed by the video of Mr. Floyd being murdered in the street with other officers there letting it go on,” Polk County, Georgia, Sheriff Johnny Moats wrote on Facebook.
“I can assure everyone, me or any of my deputies will never treat anyone like that as long as I’m Sheriff. This kind of brutality is terrible and it needs to stop. All Officers involved need to be arrested and charged immediately. Praying for the family.” Typically, police call for patience and calm in the wake of a use of force. They are reluctant to weigh in on episodes involving another agency, often citing ongoing investigations or due process.
“Not going hide behind ‘not being there,'” tweeted San Jose Police, California, Chief Eddie Garcia.
”I’d be one of the first to condemn anyone had I seen similar happen to one of my brother/ sister officers. What I saw happen to George Floyd disturbed me and is not consistent with the goal of our mission. The act of one, impacts us all.” (AGENCIES)