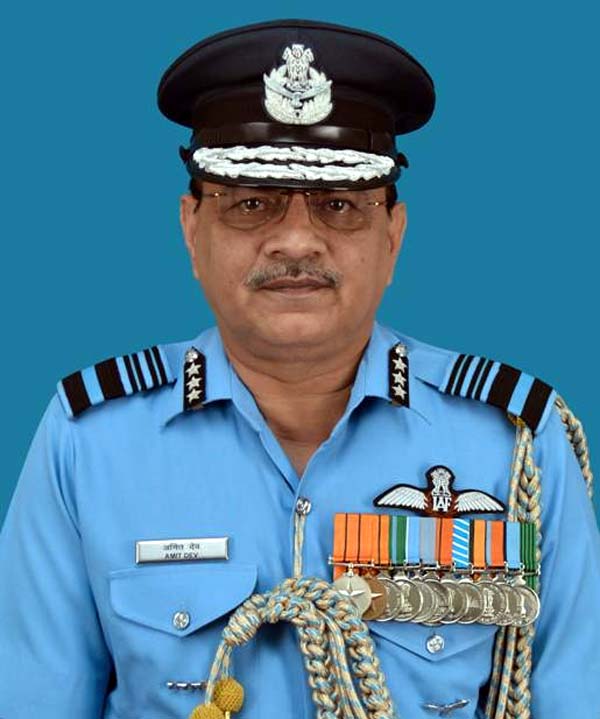 Srinagar, Oct 27: Air Officer Commanding-in-Chief, Western Air Command Air Marshal Amit Dev today said that in the years to come, Pakistan occupied Kashmir (PoK) will be part of India fully.
The Air Marshal said this while speaking to reporters on the sidelines of the re-enactment program held today to commemorate the 75 years of independence at Budgam.
He said that in the years to come, PoK will be part of India fully while as of now there are no plans with them on this front.
About PoK, the Air Marshal said that history is witness-The nation lives together. “People from both sides have similar lifestyles”, he said. Click here to watch video
“We don’t have a plan as of now but it will happen one day as the people of Kashmir from other side of the border are not being treated fairly”, the Air Officer Commanding in Chief said in response to a query related to plans aimed at taking over PoK.
He praised the Indian Air Force saying that they have always been there even during the wars like 1947, 1965, 1971, and the Kargil war. “In every war, we have made a difference and we have become a very capable force and in years to come we will continue to serve the nation”, the Air Marshal said.
About the challenges faced by the IAF, the top officer said that they face many challenges and the main challenge is technology since the rate of change of technology is so fast in the world today and “we have to keep pace with that.”
“If any nation which is to grow economically has to have a strong military. We will fulfil our obligations to the nation in the years to come. We are always ready for the challenge.”
Asked about drone attacks, the Air Marshal said that drone attacks are very small and can cause very little damage but the counter equipment has been prepared for the same which was already deployed here. “The deployment has been further extended to different places and more equipment has been procured”, he said.
He maintained that the drone threat is a “very little challenge and we will be able to deal with that when such a challenge comes.”
The Air Officer Commanding-in-Chief termed the day as a historic occasion saying that the Budgam landing was saved after the instrument of accession was signed and the Pakistani military in Tribal guise was further pushed pack by the Indian troops who were moved in quickly and the Srinagar Airfield was saved.