E-Paper
Home Todays story PoK, Aksai Chin parts of J&K; will give our lives for them:... 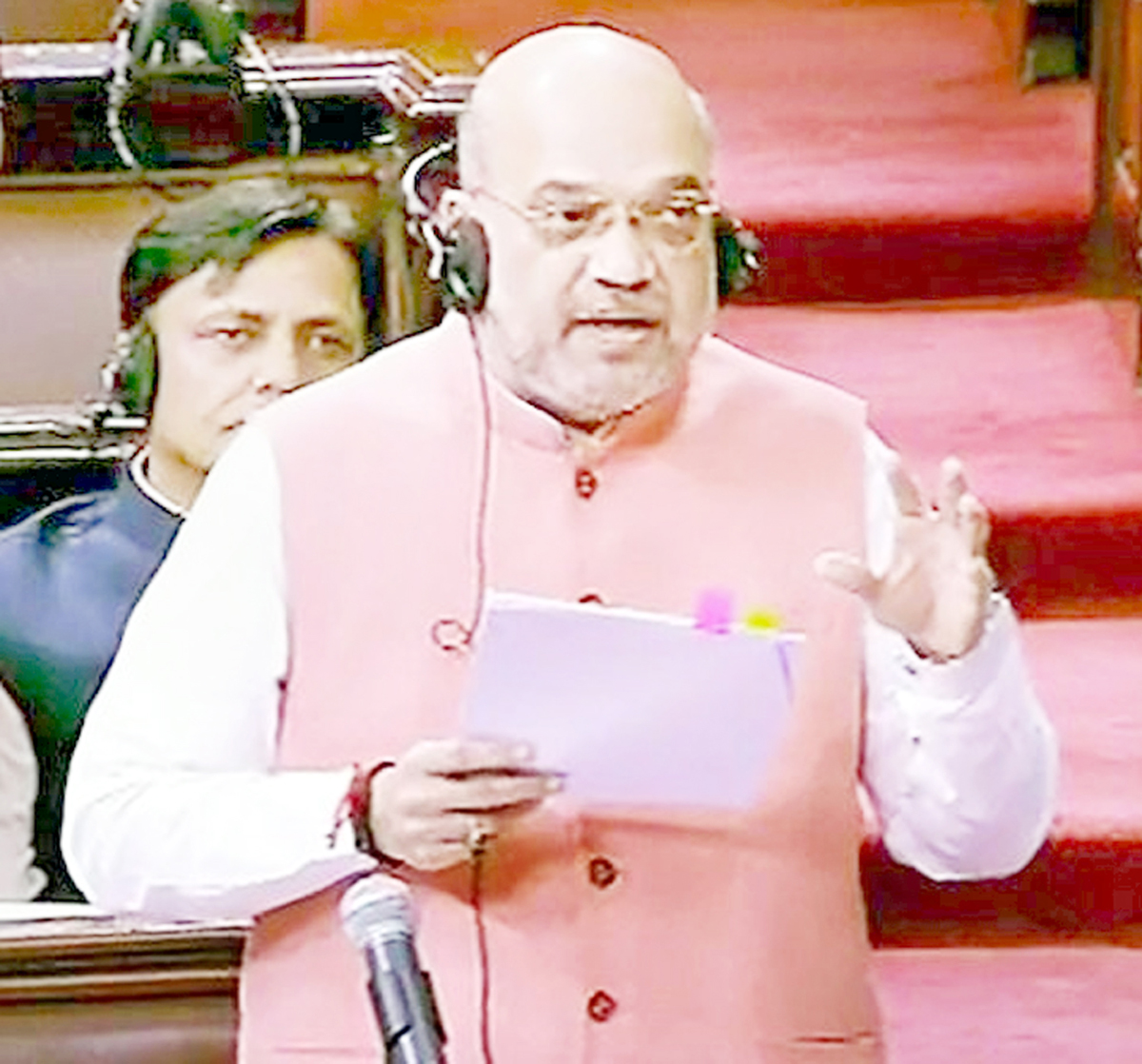 Sanjeev Pargal
JAMMU, Aug 6: Union Home Minister Amit Shah today made it clear that Pakistan occupied Kashmir (PoK) including Gilgit-Baltistan as well as Aksai Chin are parts of Jammu and Kashmir and they will even give up their lives for it as he declared that there will be no talks with Hurriyat Conference but with the people of Kashmir to set their any kind of doubts, if they have at all, at the rest.
Asserting that three families were responsible for many ills in Jammu and Kashmir including corruption, Shah said the problem for them now wasn’t Article 370 but the Anti-Corruption Bureau (ACB), which has opened some files because of which they were sweating in cold.
Shah was replying to debate on Resolution abrogating Article 370 and J&K Reorganization Bill in the Lok Sabha, which were approved by the House with 351 votes in favour and only 72 against with one abstention (for the Resolution) and 370 in favour and 70 against (for the bill). With Parliament nod, the Bill will now go for President Ram Nath Kovind’s assent, leading to bifurcation of Jammu and Kashmir State into two Union Territories-J&K and Ladakh.
Prime Minister Narendra Modi described passage of bills on Jammu and Kashmir in Parliament as a “momentous occasion” in Parliamentary democracy and said a new dawn awaits the people there as they are now free from the shackles of vested interest groups.