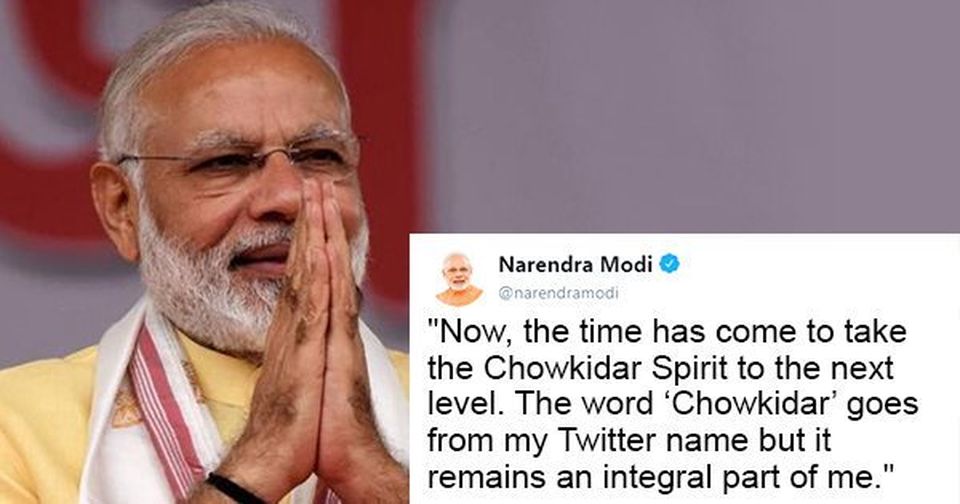 NEW DELHI: Prime Minister Narendra Modi Thursday removed the ‘chowkidar’ prefix from his Twitter handle but said the word remains an integral part of him.

Modi had added chowkidar in his Twitter handle on March 17, a day after launching the “Main Bhi Chowkidar (I am a watchman too)” campaign on social media.

“Now, the time has come to take the Chowkidar Spirit to the next level. Keep this spirit alive at every moment and continue working for India’s progress,” he tweeted.

Modi said the word ‘Chowkidar’ goes from his Twitter name, “but it remains an integral part of me. Urging you all to do the same too!” (AGENCIES)