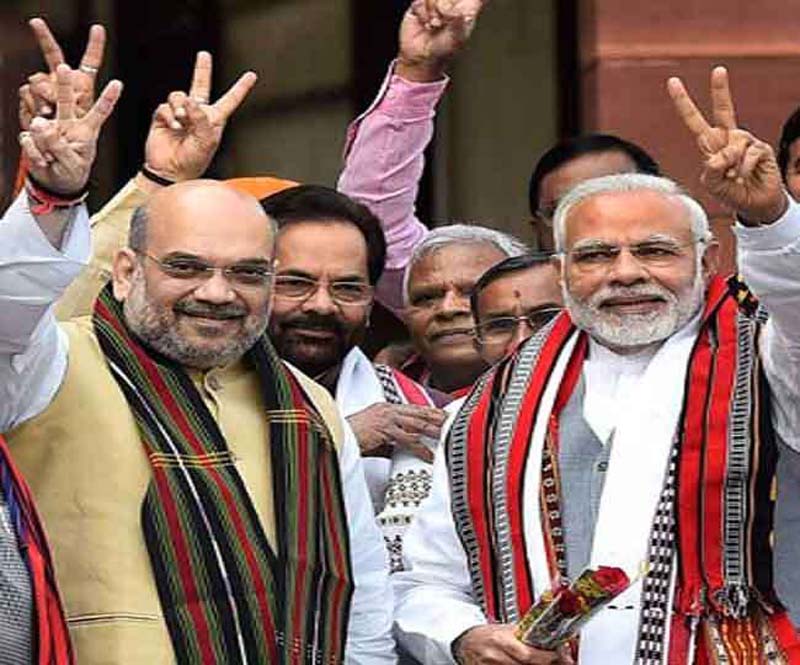 NEW DELHI, Aug 5:  Home Minister Amit Shah accurately highlighted the “monumental injustices” of the past and presented the Government’s vision for the people of Jammu and Kashmir in Rajya Sabha, Prime Minister Narendra Modi said today after the revoking of Article 370.
Sharing Shah’s speech on his Twitter handle, Modi said the views put forth by the Home Minister were “extensive and insightful.”
“It accurately highlighted the monumental injustices of the past and coherently presented our vision for the sisters and brothers of J&K. Do hear,” the PM tweeted.
The Government today revoked Article 370 which gave special status to Jammu and Kashmir and proposed that the state be bifurcated into two Union Territories, Jammu and Kashmir, and Ladakh, a bold decision aimed at tackling the vexed issue.
Union Home Minister Amit Shah announced the decision in Rajya Sabha, fulfilling the electoral promise of the BJP. (PTI)