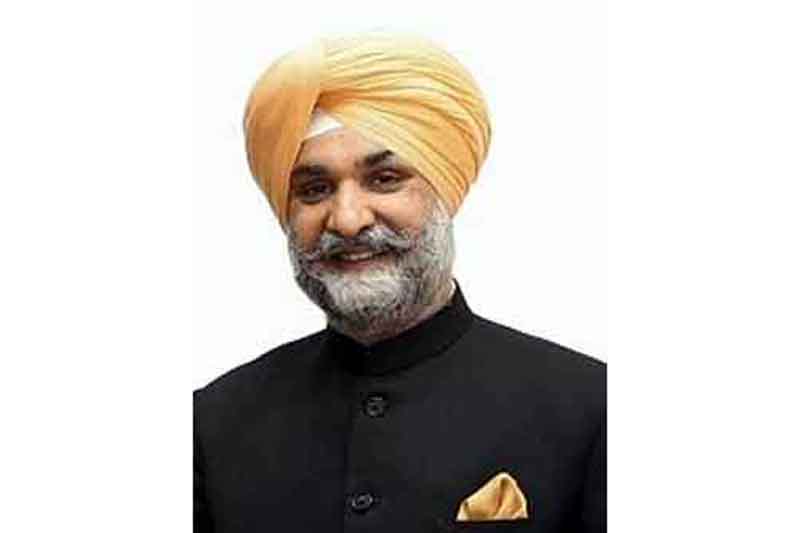 WASHINGTON, June 28:
Prime Minister Narendra Modi understands the potential of the India-US relationship and has played a key role in building trust between the two countries, India’s envoy to Washington, Taranjit Singh Sandhu, has said as he hailed the record USD 160 billion bilateral trade last year despite the pandemic.
“As the head of 1.4 billion citizens, our Prime Minister has encouraged each of us to dream big. In a real sense, he has gone on and has shown us that these dreams can be achieved if pursued with determination and persistence as seen in India’s rise on the global map,” Sandhu said at an event in Chicago on Sunday.
“Let us all continue to dream big and work passionately towards achieving those dreams,” Sandhu told the gathering at the “Vishwa Sadbhavana'” event organised by the NID Foundation in Chicago.
Prime Minister Modi, he said, understands the potential of the India-US relationship and has played an important role in building trust between the two countries.
“In the US, the Prime Minister saw a very close friend and a strong partner, critical to transforming the dreams and the development aspirations of nearly 1.4 billion Indians into reality,” he added.
“Modi has shaped this relationship with his firm vision and showed that tangible outcomes are possible with focussed and regular actions. The United States has designated India as a Major Defence Partner, which is the basis for our strong collaboration in the defence…Sector. India and the USA do more bilateral military exercises with each other, today than with any other country,” Sandhu said.
India’s defence trade with the USA which was almost zero in the late 1990s is now more than USD 20 billion in 2022. Similarly, the energy trade, which five years ago was almost zero, stands at USD 20 billion now.
“Last year, we hit a historic high of more than USD 160 billion in India-US bilateral trade. It is beyond impressive that we were able to achieve this during the Covid-19 pandemic without any formal trade agreement and despite supply chain disruptions,” he said.
The Indian Ambassador told the audience that India under Modi has been showing the world the way forward.
“Be it the act of providing the entire world with COVID-19 vaccines, relief missions in countries such as Afghanistan or hand-holding nations in education or space research; be it his stance during COP26 Global Leaders’ Summit in Glasgow or during World Economic Forum’s Davos Summit, Narendra Modi has truly shown the world the way forward,” he said.
Organised by eminent Indian-Americans including Bharat Barai, Darshan Singh Dhaliwal, the event was attended by a large number of Sikhs from various parts of the Midwest.
Prominent among those who attended the event included senior US senator Ron Johnson, spiritual leader Sri Sri Ravi Shankar, Dr Debbie Ford, Chancellor, University of Wisconsin-Parkside, Robin Vos, Speaker of Wisconsin State Assembly, S Satnam Singh Sandhu, Chief Patron, NID foundation and Chancellor, Chandigarh University and General Atomic Chief Executive, Vivek Lall.
Two books ‘Heartfelt-The Legacy Of Faith’ and ‘Modi@20: Dreams Meet Delivery’ were also released on the occasion.
In his address, Sri Ravishankar applauded Prime Minister Modi for various initiatives taken by him in the past eight years.
“India has gone under a sea of change. From infrastructure development to attending to the poorest of the poor sections of the society, from the ease of doing business and many other initiatives, the progress and development undertaken by the Prime Minister are phenomenal,” he said.
Senator Johnson said that the India-US relationship has deepened and strengthened after Modi came to power.
“The US has always considered India as its natural ally. There is so much that the two countries are doing together and will continue to do together. The two countries are continuously deepening the major defence partnership, encouraging economic engagement and expanding the partnership on global health, pandemic preparedness and critical and emerging technologies,” he said. (PTI)