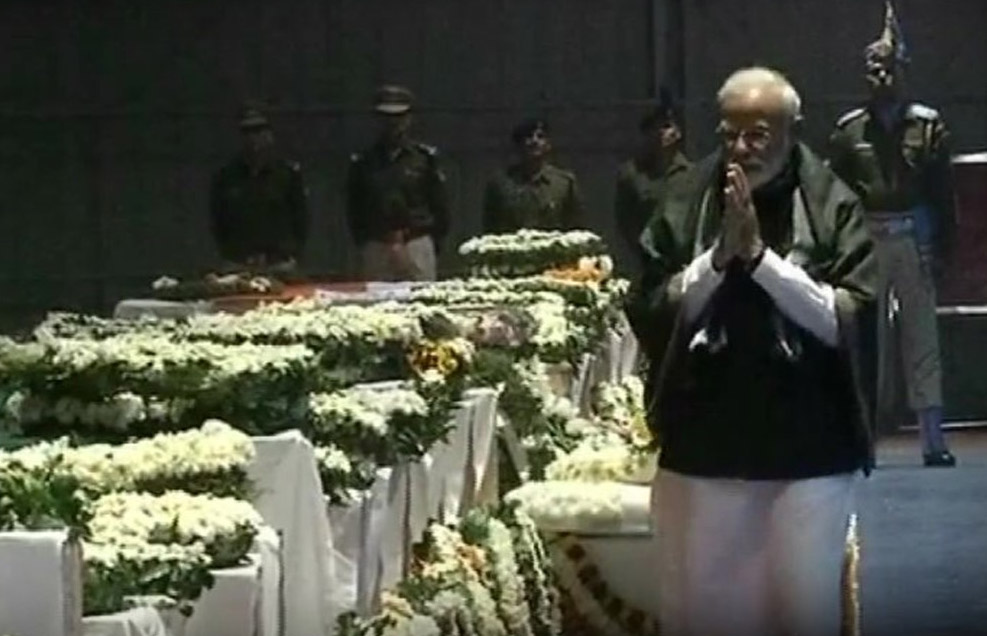 The bodies of the slain troopers reached Delhi’s Palam air force area in a special Indian Air Force (IAF) plane in the evening. The bodies were received by Home Minister Rajnath Singh.

Modi placed a wreath on a platform placed before the coffins carrying the mortal remains of the troopers.

The coffins wrapped in tricolour were neatly arranged in the hanger, where senior officials of the Central Reserve Police Force (CRPF) paid their last respects by placing wreaths one by one in a solemn ceremony, officials said.