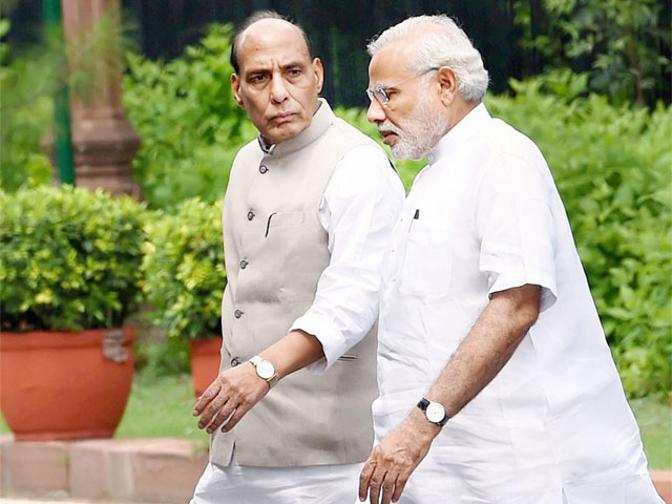 NEW DELHI : Prime Minister Narendra Modi and Union Home Minister Rajnath Singh have taken stock of the situation after an earthquake measuring 5.8 on Richter scale hit Uttarakhand last night.
Tremors, epicentred at Rudraprayag district, was also felt in Delhi and other parts of northern India, including Punjab and Haryana.
In a tweet, Mr Modi said the Prime Minister’s Office (PMO) is in touch with officials in Uttarakhand. The Prime Minister also prayed for everyone’s safety and well being.
”Spoke to officials & took stock of the situation in the wake of the earthquake felt in various parts of North India,” the Prime Minister said in another tweet.
The Union Home Minister has sought a detailed report on the earthquake.
Official sources said National Disaster Response Force (NDRF) has been put on high alert to carry out relief operation and help victim in case the need arises.
In a tweet, Mr Singh said Home Ministry is closely monitoring the situation.
“The NDRF teams have been rushed from Ghaziabad to Uttarakhand to conduct rescue and relief operations, if the situation arises,” the Home Minister said in his tweet.
”Earthquake of mag 5.8 today at 22:33:08 HRS(IST). Epicentre at 30.5?N,79.1?E (Depth:33 Km) in Rudraprayag, Uttarakhand,” the Union Minister of Science and Technology said in a tweet last night. (UNI)