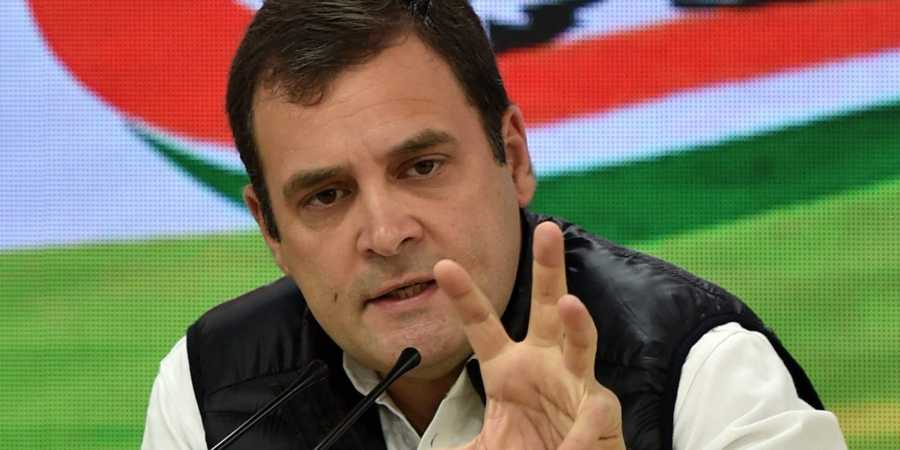 NEW DELHI: As the race for the Lok Sabha polls heats up, Congress chief Rahul Gandhi has claimed that Narendra Modi is more a “publicity minister” than a prime minister and he is floundering because of his arrogance.

In an interview, Gandhi said the Prime Minister’s behaviour betrays a “sense of panic” and alleged that he was obsessed with self-promotion.

About his own prospects of being Prime Minister, Gandhi said it would be arrogant for him to comment on the issue. Asked if he was open to being the PM, he said it was for the people to decide and added “people are the masters. I am working for them”.

Accusing Modi of pushing a particular narrative in media through the PMO, Gandhi said the Prime Minister will not be able to deflect real issues. The Congress chief also castigated him for “failing” to deliver on his 2014 poll promises and for presiding over a “failed” economy. (AGENCIES)