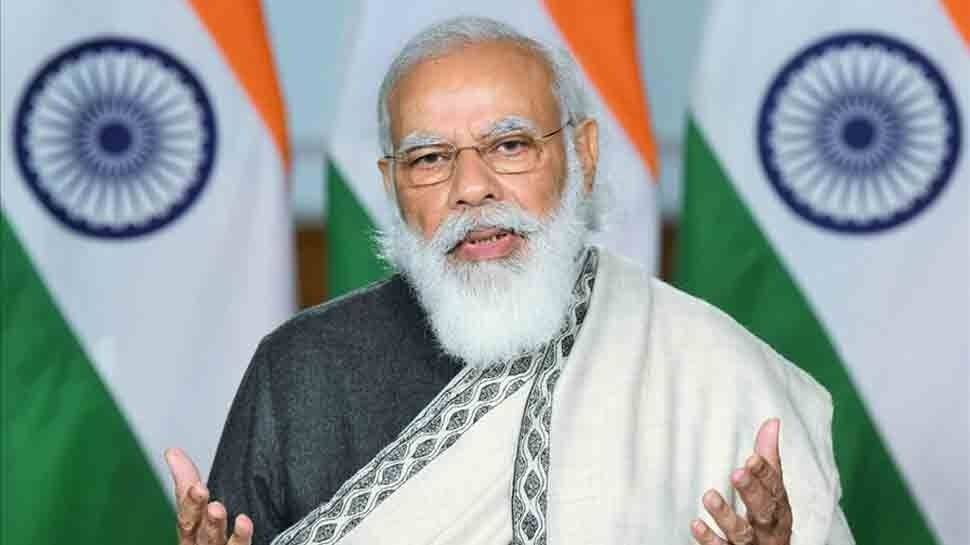 Tarun Chugh
When you think of a monk, you imagine a picture of a shaven-head, a simple and single clad sage who is sitting in a still asana-pose contemplating and meditating. In Indian traditions, this is known as Sannyasa. The life of a monk is a life of renunciation of worldly and materialistic pursuits and dedicating life to higher pursuits.
Then there is a Karmayogi, who is focused on his prescribed Karma (action) regardless of any rewards in return.
India is witnessing an era where it is ruled at the helm of affairs by a monk, who at the same time is a Karamyogi. Prime Minister Narendra Modi is virtually a monk who is ‘ruling’ the country with the sole aim of serving the people, society and nation. Politics which is generally perceived as a ‘struggle for power’ stands replaced by ‘politics as service’. Instead of being a ruler, he has described himself as a ‘Chowkidaar’ and ‘Pradhan Sevak’. His birthday was celebrated as a Sewa-diwas which marks a major shift in the narrative of politics.
Against the dynastic and familial lineage where the power is passed on to the next generation in the family, the “monk” has no family attachments neither an attempt has been made to give political or power benefits to any of the family members.
Modi from his childhood became a Swayamsewak of RSS and left the enjoyment and frills attached to the youth. At 17, he left the home and travelled around experiencing different cultures in different parts of the country. Here, he is introduced to higher purposes of life. In the monastery of RSS, he learns the art and skills of Yoga, organisation-skills, service to the nation.
Then comes a time in his life when he is sworn in as the Chief Minister of Gujarat on October 7, 2001. This Karamyogi gave his best with his slogan of Parisahram Ki Praksatha (the zenith of hard work) and takes his state from an underdog to the leading state of India. In the span of 21 years in political life, not even a single allegation of material gain or personal gain has been levelled underlining the ethos of the monk’s life of no material possessions.
As a prime minister since May 2014 he has evolved a new political ethos echoed in his “Sabka Saath, Sabka Vikas” slogan.
As per his own statement, he is so absorbed in his work that he is using his ”Kan Kan, Kshan Kshan” (every neuron, every moment) for his nation living with the idea of Yoga Karm Su Koshlam where perfection in action is lived on daily basis.
A monk is always an avowed reader and a scholar. He is resorting to the ancient Indian wisdom which is the shared experience of the Indian civilization. His “Sakshi Bhava” (poetry collection) is a dialogue of a citizen with his motherland, his Pushpanjali Jyotipunj urges and call upon to charity and social service. In Exam Warriors, he uses his own childhood experience and guide exams going students to de-stress. In Convenient Action, he speaks of Panch-Tatva as a tool how to solve the challenges of climate change. While addressing the nation about the coronavirus, he referred to a verse from the Yajurveda, “Vayam Rashtre Jagritya” – “we will all keep our nation eternal and awake”.
As a result of his diligence and commitment, India is emerging as a digital, modern, scientific, corruption-free, decisive and credible Government that is aimed at serving the citizens. Emanating from the ethos of discrimination against none, his every decision is focused on the poorest of the poor, the weakest of the weak and the underprivileged. Each of his actions is aimed at making his government pro-actively pro-people and pro-service.
The people of India are getting their basic needs fulfilled like food and nutrition to all, health and insurance to all, 24-hours electricity in every household, drinking water for all, toilets to all, digital connectivity to every village and job to all. His various steps like Fit-India, Swach-Bharat, Make In India are meant to bring out the best in his population and reclaiming the title of this land as a Vishavguru.
(The writer is BJP national general secretary) 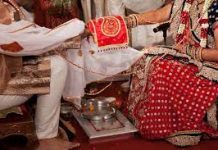 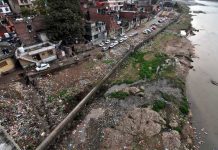 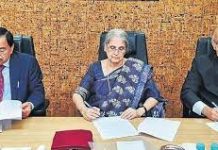 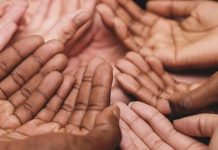 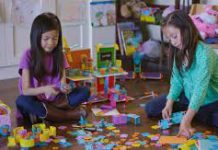 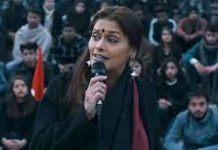