E-Paper
Home national-left PM interacts with over 200 people daily to get first-hand updates on... 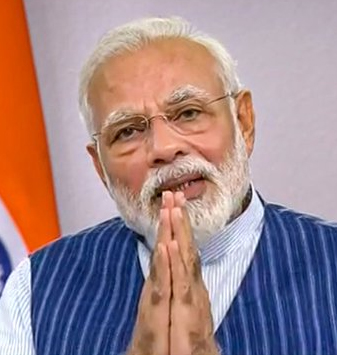 NEW DELHI, Mar 29:
Prime Minister Narendra Modi interacts with over 200 people on a daily basis to get a first-hand feedback on India’s fight against the coronavirus, the Prime Minister’s Office (PMO) said on Sunday.
It said the prime minister’s interactions include phone calls to governors, chief ministers and state health ministers.
Modi also reaches out to doctors, nurses, health workers and sanitation staff in various parts of the country over the phone “to encourage them and pay gratitude to their yeomen service to the nation and society”, a statement issued by the PMO said.
It pointed out that Modi also interacts with people from various walks of life through video-conferences in an effort to curb the spread of the coronavirus.
The prime minister telephonically reaches out to some of those infected with the coronavirus and some of those who have recovered from its effects in order to keep an update on their progress.
Since January, Modi has held several rounds of meetings and discussions with people from various walks of life and officials in order to find ways and means to fight COVID-19.
He has been holding meetings on a daily basis, wherein he is updated by the cabinet secretary and the principal secretary to the prime minister, the PMO statement said.
The prime minister is also updated by the Group of Ministers (GoM) on the steps being taken by the Government, it added. (PTI)