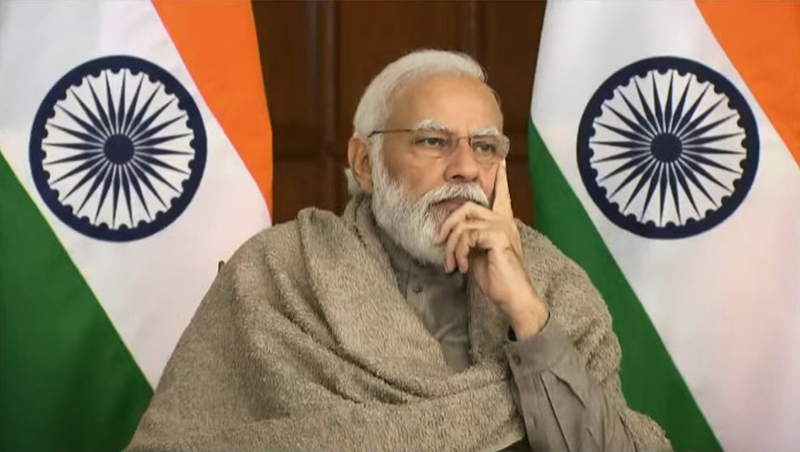 VARASANI (UP), Jan 18: Prime Minister Narendra Modi on Tuesday held an audio interaction with BJP workers of his Varanasi parliamentary constituency and reaffirmed the BJP’s commitment towards development.
Restoration of the Kashi Vishwanath Corridor, women empowerment, infrastructure and healthcare development were among the topics that came up for discussion during the interaction.
Interacting with one of the ‘karyakartas’ (party workers), Prime Minister Modi asked him to expand the reach of the government’s welfare schemes to farmers and said they should make farmers aware of the use of chemical-free fertilisers.
Modi also talked about several central schemes which are benefitting the people of Varanasi at large. He urged people to contribute to a section — ‘Kamal Pushp’ — on his NaMo app that features some “inspiring” party members.
“The NaMo app has a very interesting section known as ‘Kamal Pushp’ that gives you the opportunity to share and know about inspiring party ‘karyakartas’,” he said.
The prime minister also talked about the BJP’s micro-donation campaign, seeking to raise funds through small contributions from its members and others.
Assembly polls will be held in Uttar Pradesh in seven phases beginning February 10. Varanasi will vote in the seventh phase on March 7. In a tweet in Hindi, Mahesh Chand Srivastava, the president of the BJP’s Kashi region said, “The most popular leader in the world. Got the guidance of Prime Minister @narendramodi through NaMo App. Thank you for giving us the workers incredible guidance. With your guidance, we will become better workers, and engage ourselves in nation building in a strong manner.” (PTI)