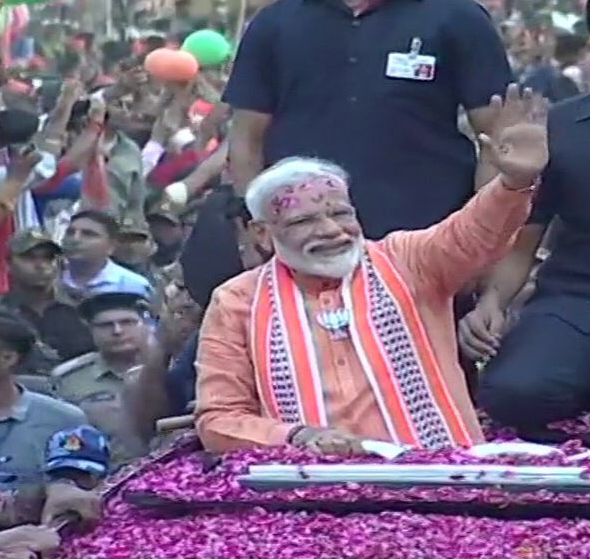 In a show strength, he was joined by Uttar Pradesh Chief Minister Yogi Adityanath and other senior BJP leaders.

The Prime Minister, who was wearing a saffron kurta and scarf, was cheered by a massive crowd as his cavalcade passed through the Lanka and Assi areas of the city.  (AGENCIES)