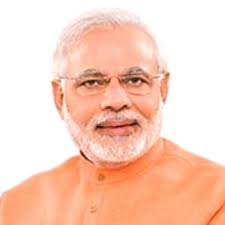 NEW DELHI, Dec 11: Prime Minister Narendra Modi congratulated the Congress for its victory in Assembly polls today and said the BJP, which has suffered reverses in the elections, accepts people’s mandate with humility.
In a tweet, Modi also congratulated Telangana Chief Minister K C Rao for his party’s landslide win in the State and Mizo National Front (MNF) for its victory in Mizoram.
With the BJP suffering setbacks in its strongholds, Modi sought to boost the morale of its workers, saying they worked day and night and that he saluted their hard work.
“Victory and defeat are an integral part of life. Today’s results will further our resolve to serve people and work even harder for the development of India,” Modi said.
In another tweet, he said, “Congratulations to the Congress for their victories. Congratulations to KCR Garu for the thumping win in Telangana and to the Mizo National Front (MNF) for their impressive victory in Mizoram.”
The Prime Minister thanked the people of Hindi heartland states of Chhattisgarh, Madhya Pradesh and Rajasthan for giving the BJP the opportunity to serve.
“The BJP Governments in these states worked tirelessly for the welfare of the people,” Modi said.
BJP president Amit Shah congratulated K C Rao.
A resurgent Congress made significant gains in the Assembly elections, dealing a body blow to the BJP in Chhattisgarh and Rajasthan and was locked in a cliffhanger in Madhya Pradesh.
The Assembly polls held for five states also saw the Telangana Rashtra Samithi (TRS) recording a landslide win for a second consecutive term and the MNF scripting a spectacular victory dislodging the Congress in its last bastion in the Northeast to return to power after 10 years.(PTI)