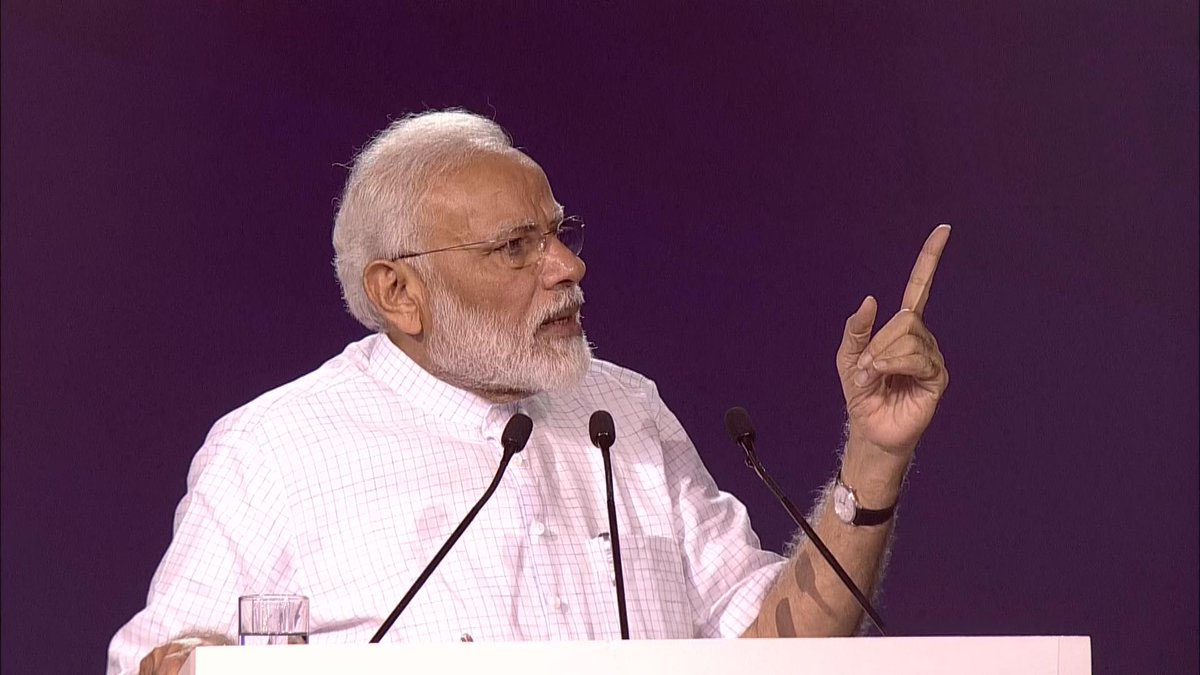 NEW DELHI, Aug 28: Pitching for development initiatives in Jammu and Kashmir, Prime Minister Narendra Modi today asked Union Ministers to work on schemes and projects for the region, and also called for engaging with officials and students from the State who are currently based in different parts of the country.
At the Union Council of Ministers meeting chaired by Modi, Home Minister Amit Shah gave a presentation on the situation in Kashmir and also dwelt at length on the move to nullify Article 370, which had given Jammu and Kashmir special status, sources said.
Shah said the situation is gradually improving in the Valley, which is facing security and communication restrictions at many places, they said.
Defending the restrictions, the Minister said it is in larger good and asserted that there is no blanket ban on communication or people’s movement.
They were imposed only in places which faced security threats, Shah added.
At the meeting, the sources said, Finance Minister Nirmala Sitharaman gave a detailed presentation on the recent reform measures announced by her.
She asserted that the Government had consulted all stakeholders before taking these steps.
The Government may soon come out with a package worth crores of rupees to set up necessary infrastructure for implementing over 100 Central laws in Jammu and Kashmir after abrogation of the special status to the State earlier this month.
However, the exact amount of the package, based on the proposals given by various ministries, is yet to be calculated, the sources said.
The proposal would soon be sent to the Expenditure Finance Committee and may also be vetted by the Union Cabinet before a public announcement.
Meanwhile, the Government today constituted a Group of Ministers (GoM) to look into development, economic and social issues in the Union Territories of Jammu and Kashmir and Ladakh that will come into existence on October 31.
Government sources said Law Minister Ravi Shankar Prasad, Social Justice and Empowerment Minister Thawar Chand Gehlot, Agriculture Minister Narendra Singh Tomar, Minister for the PMO Dr Jitendra Singh and Petroleum Minister Dharmendra Pradhan are part of the group.
The Group held its meeting today and held in-depth discussion on development and economic steps for Jammu and Kashmir and Ladakh.
The GoM will look into issues concerning Jammu and Kashmir after abrogation of Article 370, granting special status to the state, and its bifurcation into Union Territories.
The group will suggest various development, economic and social steps to be taken for the two UTs, sources said.
Under the Jammu and Kashmir Reorganisation Act 2019, which was passed by Parliament this month, the two Union Territories-Jammu and Kashmir, and Ladakh-will come into existence on October 31.
On Tuesday, Secretaries of at least 15 Central Ministries and departments met to discuss ways to carry forward the process of bifurcation of Jammu and Kashmir into UTs and bring back normalcy as early as possible. (PTI)