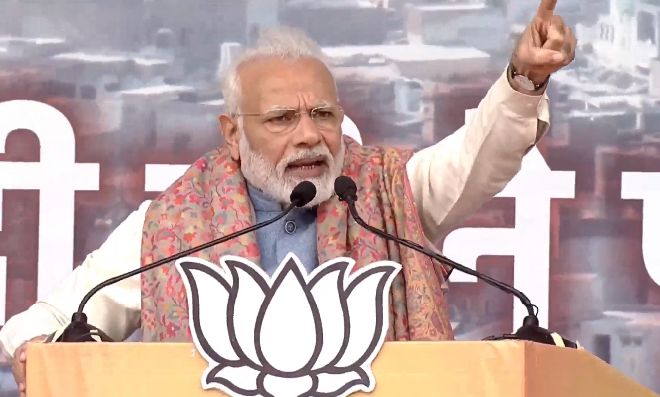 NEW DELHI: Prime Minister Narendra Modi on Wednesday announced in Lok Sabha the formation of a trust to construct a Ram Temple in Ayodhya as directed by the Supreme Court in its landmark verdict in the Ram Janmabhoomi-Babri Masjid case in November last year.

Making a statement in the lower house soon after a meeting of the Union Cabinet, Modi said he wants to share information on a “very important and historical subject for the country.”

“This topic is close to my heart like millions of countrymen and I consider it my great fortune to talk about it,” he said.

He said the Government has readied a “broad scheme” for the development of Ram Temple in Ayodhya, evoking slogans of ‘Jai Shri Ram’ from treasury benches.

“An autonomous  trust has been formed, it is called ‘Shri Ram Janambhoomi Teertha Kshetra,” he said. (AGENCIES)