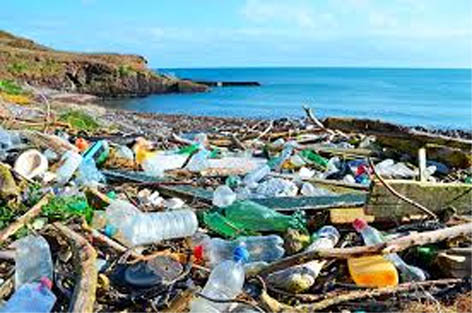 Despite claims by the Government that in order to rid the environment of the rigours of extensive damage caused to it by using and generating plastic in its various forms , much was being done, the ground realities depict, in fact, a contrasting scenario. Plastic and in particular ployethylene or commonly known as polythene, continues to be in extensive use and subsequent dumping of it in lanes, drains, roads, fields, water bodies etc thus ultimately resulting in huge stack of refuse, was posing and causing serious threat to environment. It was going to create havoc , as it usually does, in the rainy season (which has already approached). The issue of banning its use and levels of strict implementation of its ban are entirely different but very vital issues, however, what we want to point out is about huge quantum of generated plastic waste remaining unattended despite various directives and guidelines issued by the UT Government of Jammu and Kashmir from time to time.
What are the Urban Local Bodies (ULBs) doing all about it, now that they have adequate resources at their end, perhaps, taking such a sensitive issue quite lightly? Some sort of an Action Plan was devised by the Government which was slated to be implemented by Jammu and Srinagar Municipal Corporations, 36 ULBs of Jammu and 40 of the Kashmir province. On assessing the ground situation, though considerable period of time has elapsed, nothing of the sort has been done. That does not just pass for nothing but means untreated plastic in whatever form having its deleterious effects on all major types of biomes – terrestrial and aquatic or relating to both earth and water, which is a quite serious matter and is totally unacceptable.
We do not totally write off some efforts being made in disposing of such generated waste by these Bodies and the recycling process done but that is just like the proverbial drop in a bucket and most of the stuff is just dumped by resorting to landfills where it remains in sepulchred form for years as if deposited never to get retrieved for final treatment. Ecology and surrounding environment are polluted due to its toxic compounds besides threatening a slow but intense health hazard. There are numerous problems in respect of its post generation which relate to the manner of its collection, transport and final disposal and the pattern remains almost the same throughout the UT of Jammu and Kashmir. We are given to understand that the Action Plan had tagged with it the vital aspect of timeline by which the Urban Local Bodies had been asked for implementation process to be completed in respect of identified nine areas. Prudence demanded that right from the issuance of such directives regarding the Action Plan, Housing and Urban Development Department should have adopted a course of follow up to ascertain effective implementation but since the working of this department in itself often remains within the realms of not taking such issues seriously at least in respect of monitoring and follow up , the result is no observable progress being made. In other words , polythene and plastic littering here and there and in heaps was proving as a breeding ground for insects, mosquitoes, flies etc , the reason behind various diseases and infections especially during rainy season.
Though in most of the cities across the country having already adopted the segregation of bio-degradable , recyclable and domestic hazardous waste and separate dumping bins being used , the same is totally missing in Jammu and Kashmir though the process (of its implementation ) was to be completed by December 2019. The Municipalities have yet to adopt a system of surprise checking of littering , open burning of plastic and other acts of causing public discomfiture or management audit of collecting and disposing as required . We hope all concerned would underline the gravity of treating management of plastic in a casual way and take such steps that were required to keep, as far as possible, Jammu and Kashmir free from the plastic hazards.