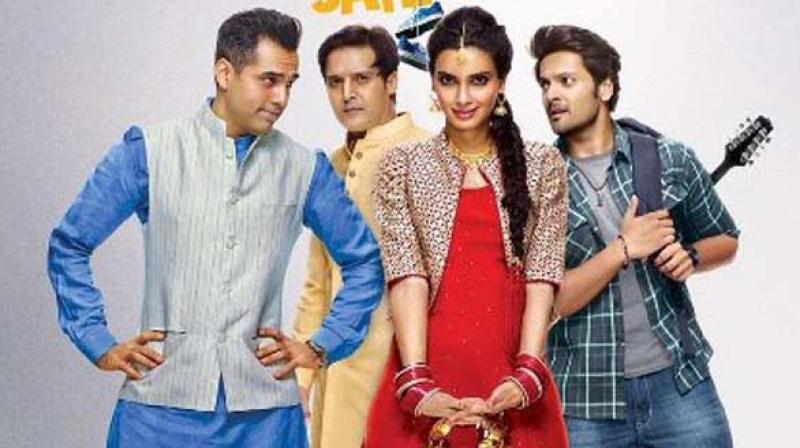 MUMBAI: Director Mudassar Aziz says he is planning to take the “Happy Bhag Jayegi” franchise forward with a third part.

The filmmaker, who directed last year’s “Happy Phir Bhag Jayegi”, a sequel to the 2016 film, said he is yet to finalise the plot in a concrete manner.

“Audience has given so much love to our franchise that we feel grateful to them about it. When you make something as franchise people might like different things from a film. As makers we have to make sure people like everything.

“We plan to make the third part. There are few ideas but we haven’t worked upon it yet in a concrete way,” Aziz told PTI.

The director said after he is done with his forthcoming release “Pati Patni Aur Woh” and a “slice-of-life film” with Viacom18 Motion Pictures, which he said he will finish by mid 2020, he will work on the third film.

About “Pati, Patni…” the filmmaker said his film is an ode to the 1978 comedy. The remake stars Kartik Aaryan, Bhumi Pednekar and Ananya Panday.

“It is a contemporary version. The original is a pioneer film. It would be silly to just reconstruct that in today’s time. Marriages and relationships have changed over the decades. Women have come a long way. When we decided to do this, we knew there is a great potential in the plot,” he added.

Production is underway and Aziz said the team is expected to finish shooting by August end.

The film is slated to be released on December 6. (AGENCIES)