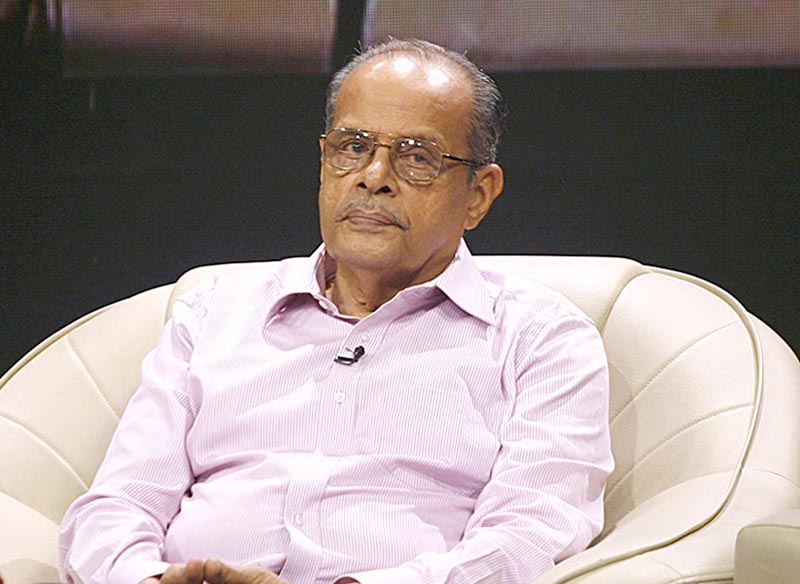 THIRUVANANTHAPURAM, May 8: Renowned academician Dr N R Madhava Menon, pioneer of Indian legal education, died at a private hospital here due to age-related ailments, family sources said Wednesday.
The Padmashri recipient was 84 and survived by wife and son.
“He was undergoing treatment for the past one week for age-related ailments at a private hospital here. He left us around 11.30 PM yesterday,” a source close to the family told PTI.
The last rites of Menon were held at Shanti Kavadam, public crematorium here Wednesday with full state honours.
Neelakanta Ramakrishna Madhava Menon revolutionised the field of legal education by setting up among others, the National Law School of India University (NLSIU), Bengaluru, besides conceptualising the five year LLB course in place of the three year course. Known as the Father of modern legal education in India, Menon, who was born in 1935, obtained his BSc and BL degrees from Kerala University after which he enrolled as an Advocate in Kerala High Court in 1956 at the age of 21.
After completing his MA from Punjab University, and LLM and PhD from Aligarh Muslim University (AMU), Menon moved to academics and joined the AMU as a faculty in 1960.
Later he moved to Delhi University in 1965 and headed the prestigious Campus Law Centre.
In 1986, Menon shifted to Bengaluru at the invitation of Bar Council of India to set up NLSIU and served as its Founding Vice-Chancellor for 12 years.
Later, the West Bengal government headed by the late Jyothi Basu invited him to establish a similar law school in Kolkata.
This led to the establishment of West Bengal National University of Juridical Sciences where he served as the Vice-Chancellor from 1998 to 2003. Menon was also the founding Director of National Judicial Academy, Bhopal. He was a member of the Law Commission of India, the Committee on Criminal Justice Reform and the Committee on Restructuring of Higher Education in India. (PTI)

Author of over a dozen books on legal education, legal profession, legal aid, judicial training and administration of justice, he won several awards, including the fourth highest Indian civilian award of Padma Shri in 2003.

He was also conferred the Living Legend of Law Award by the International Bar Association in 1994.

Kerala Governor P Sathasivam and Chief Minister Pinarayi Vijayan were among those who expressed grief at the passing away of Menon. (PTI)