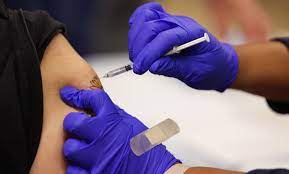 Tel Aviv, Dec 12: Two shots of the Pfizer vaccine against COVID-19 are not enough to protect people against the Omicron strain, while the booster shot’s protection is much lower than with respect to other variants, a new study conducted at Israel’s Sheba Medical Center reveals.

“It [booster shot’s protection] is lower than the neutralizing ability against the Delta ? about four times lower,” Dr. Gili Regev-Yochay, director of the Infectious Disease Epidemiology Unit at the medical center, told reporters on Saturday, as quoted by The Jerusalem Post.

The Sheba study showed that even those who have received two Pfizer shots plus the booster can still get infected with the Omicron variant. People who got the second dose only did not have any protection against Omicron.

“There was no neutralization ability whatsoever, and that is very worrisome,” Regev-Yochay said.

The Sheba researchers studied immune responses of 40 vaccinated healthcare workers. The study found that the Pfizer booster increases the ability of the vaccine to work against Omicron by about 100-fold, but it is still unclear whether the effectiveness of the booster decreases over time. Two shots of Pfizer only gave people some protection against the Delta strain and the original Wuhan strain.

Pfizer Chief Executive Albert Bourla said on Tuesday that his company expected to know within several weeks whether a vaccine will be needed for the Omicron variant, and doses will likely be available by March.