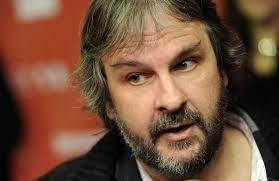 Los Angeles, Sept 4: Acclaimed filmmaker Peter Jackson won two Creative Arts Emmy Awards for “The Beatles: Get Back” documentary series.
This was his first time receiving an Emmy.
According to Deadline, Jackson won the awards in the directing and outstanding documentary categories for “The Beatles: Get Back”, which debuted last year on Disney+.
The three-episode docuseries was built from the material originally shot by Michael Lindsay-Hogg in 1970 for “Let It Be”, a documentary about the making of the Beatles’ album of the same name.
Jackson said it was a dream-come-true moment for him to be a “tiny part” of the iconic music group’s journey.
“Michael Lindsay-Hogg shot all this footage in 1969. I was an eight year old in New Zealand, a Boy Scout wearing short pants and for reasons I don’t quite understand, 50 years later The Beatles entrusted me to take the footage and make a film. But to be a tiny part of The Beatles’ story was a dream come true for that eight year old kid. So thank you so much,” the three-time Oscar winner said.
Jackson, best known for helming the “Lord of the Rings” film franchise, utilised the unused footage and audio material to weave a story challenging long-held beliefs that the making of the ‘Let It Be’ album was marked entirely by tensions between the Beatles.
‘Let It Be’ marked the final album release by the quartet — John Lennon, Paul McCartney, George Harrison and Ringo Starr — which arrived in May 1970, a month after they announced their breakup.
“The Beatles: Get Back” won awards in all five categories in which it was nominated which also included picture editing, sound editing, and sound mixing.
Its trophy count was matched by “Adele: One Night Only” which won pre-recorded variety special, directing for a variety special, lighting design/ lighting direction for a variety special, sound mixing for a variety series or special and technical direction/ camerawork/ video control for a special.
Former President Barack Obama won his first Creative Arts Emmy, for narrating the Netflix documentary series “Our Great National Parks”.
Riot Games and Netflix’s animated series “Arcane” received four Creative Arts Emmys, including animated series and three juried awards. (PTI)