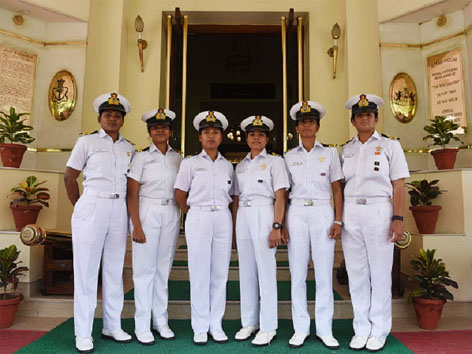 Sort of Male dominated hierarchy is going to be the thing of the past in almost every sphere of the activities in the country including in the armed forces as that was tantamount to miscarriage of justice . It may be recalled that in February this year , Supreme Court had ordered to grant permanent commission to women officers in the Army’s non- combat support units on par with the male counterparts , the same now extends to such women officers in the Navy wing too which has been ruled by a Division Bench of the Apex Court.
The principle of equality in matters of promotions and granting ranks has thus been applied in our defence services and the court not only has issued necessary guidelines in this respect but advised the Government to complete the requisite formalities within three months. However, prospective effects to retired women officers has not been agreed to by the court but extending pension(ary) benefits have been accordingly ordered. Since statutory bar stood lifted to allow women officers , then the question of adopting different policies and yardsticks for men and women looked unjustified was the crux of the judgment of the Apex court.