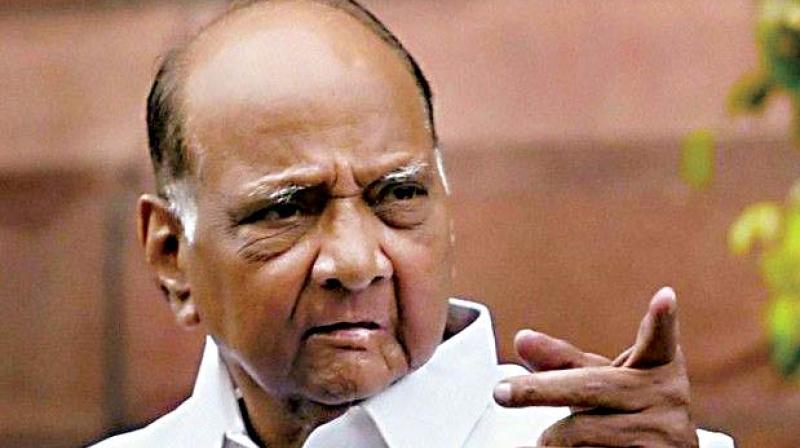 MUMBAI: In a fresh attack on the BJP, NCP chief Sharad Pawar today said any move to alter the Constitution would meet with stiff resistance from the common people.

Pawar recalled that former prime minister Indira Gandhi was “taught a lesson” by the people (in the 1977 elections) for imposition of Emergency in 1975.

Referring to Union minister Anant Kumar Hegde’s remarks, the veteran politician alleged that changing the constitution was the policy of the ruling BJP.

“People will destroy those who attempt to change the constitution. The NCP will fight the battle to remove the ruling dispensation from power. The fight is not easy but we will fight it till the end,” the NCP chief said while addressing a party meeting on “Save Constitution”.

He said former prime minister Indira Gandhi had worked hard for upliftment of the poor and improved India’s prestige at the global level during her tenure. (AGENCIES)