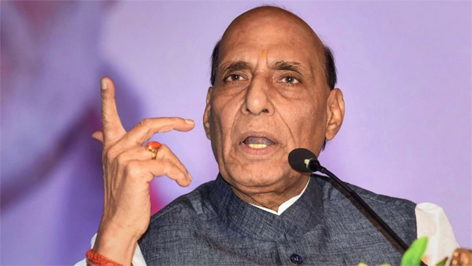 TAWANG: Defence Minister Rajnath Singh on Thursday described people living on borders as no ordinary citizens but India’s “strategic assets” and said the road to a ‘new India’ as envisaged by Prime Minister Narendra Modi runs through a “new North-East”.

The Union Government is working on a north-east industrial corridor to develop Arunachal Pradesh as a land bridge for South East Asia, he said.

He noted that inhabitants of the Ladakh region had given the first information about Pakistan’s infiltration into Kargil. (AGENCIES)