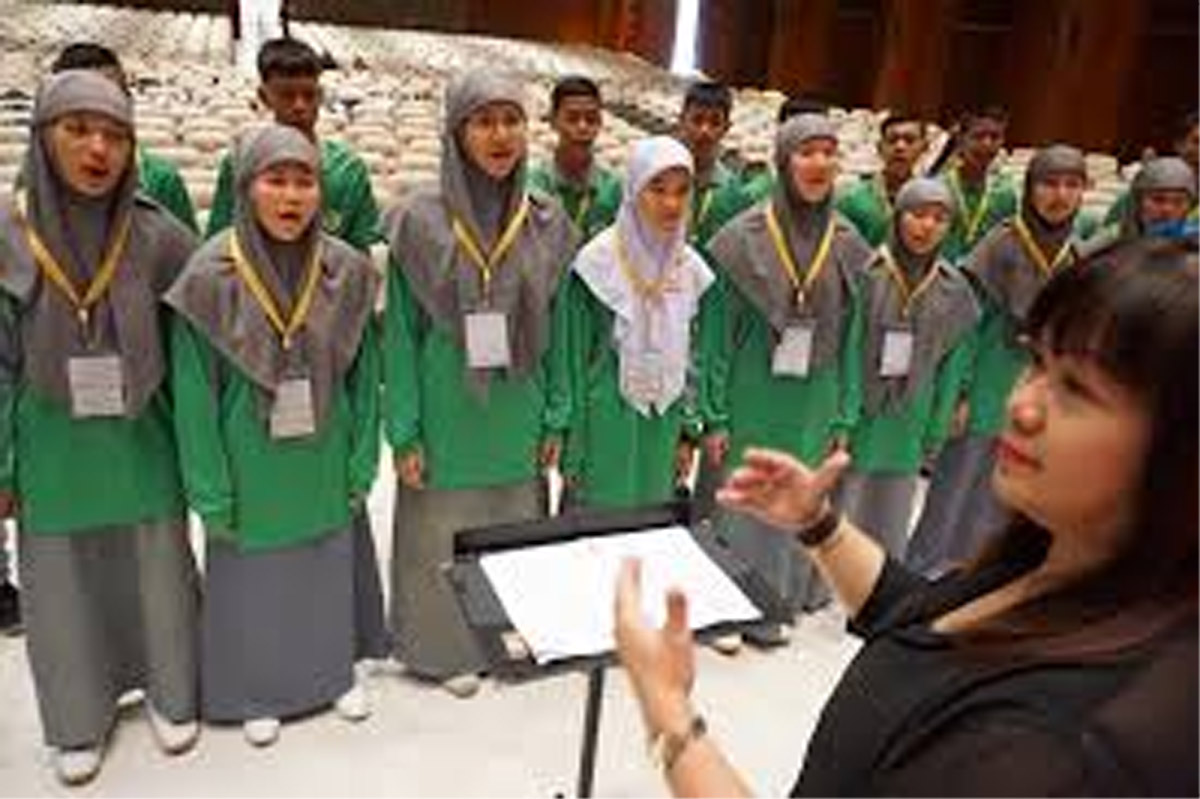 BANGKOK, Nov 22: Gripped by nervous excitement, young Muslim singers from Thailand’s conflict-plagued south gather for choir practice ahead of a performance of a lifetime — for Pope Francis himself, who is in Bangkok as part of his whirlwind Asia tour.

Wearing headscarves and school uniforms, students assembled in a university auditorium to practice ballads specially written for the pontiff, who arrived in Bangkok Wednesday for a four-day visit.

But for some of the singers, the performance was about more than just hitting the right notes.

It offers a rare chance for them to show a different side of a region that often makes headlines for a conflict that has killed more than 7,000 people, mostly Muslim and Buddhist followers.

“We’re trying to say that we are not fundamentalists,” said 15-year-old Furkon Tasa.

He is the student leader of the 31-member Attarkia Islamiah Institute choir from Narathiwat, one of three southernmost provinces where a conflict simmers as shadowy Malay-Muslim militants fight for greater autonomy.

The clashes are characterised by tit-for-tat attacks that usually target symbols of the Thai state and its security forces.

Furkon says the songs are a chance to show that people from different faiths can be united.

“With music, we can sing and communicate with anyone,” he told AFP.

His choir will perform for the Pope on Friday at Chulalongkorn University, joined by a group of ethnic Christian minorities and the resident concert choir.

They all held a full rehearsal together for the first time Thursday, singing “Peace Prayer” and “Songs of Freedom”, both composed specifically for Francis.

The Pope has made religious harmony a main theme of his visit to the Buddhist-majority country, the first papal trip since 1984. He is due to stay in Thailand until Saturday, when he will head to Japan.

While the students acknowledged a conflict that has worsened over the past 15 years, they also expressed concern it had created an entirely negative picture of their homes.

“We are Muslims. We are here to spread love,” said Arisa Mamat, 17.

The idea for the joint performance came after the students, who had previously sung in royal ceremonies, met the Christian singers at a competition.

Attarkiah school manager Phaisan Toryib said it was also a good chance for the Muslim singers to mingle with Thais from other faiths and express themselves.

“Now they have a space to show who they are,” he said. (agencies)