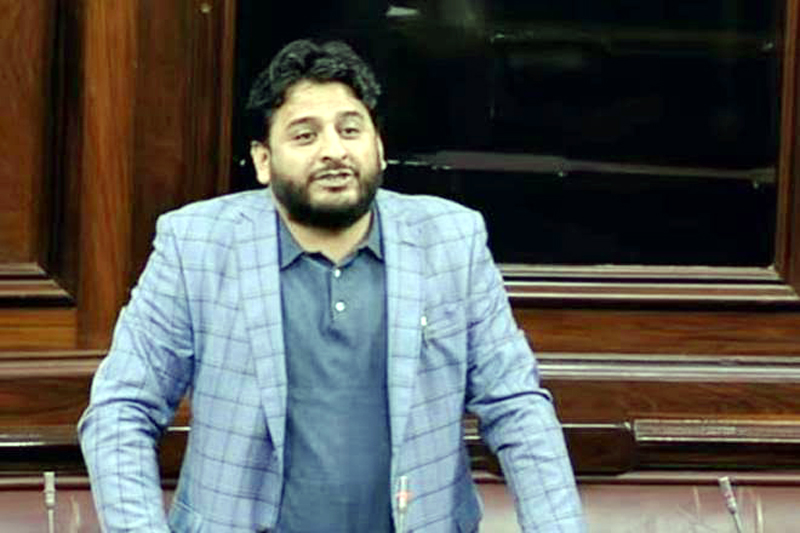 Excelsior Correspondent
JAMMU, Nov 19: Rajya Sabha MP and senior PDP leader Mir Mohammad Fayaz has appealed the Union Home Minister, Amit Shah for release of all political detainees in Kashmir valley, including three former Chief Ministers.
“We strongly demand the release of all political leaders and party workers as well as three former Chief Ministers, who have been detained since more than three and half months now,” he writes in a letter to the Union Home Minister.
Alleging that since August 5, 2019, when the Government of India took the decision to abrogate Article 370 and bifurcate the State into two Union Territories, Jammu & Kashmir has seen a massive rise in the presence of armed forces and severe curtailment of human rights, the PDP MP said that there was fear psychosis, ambiguity and insecurity in the hearts and minds of the people about their future in J&K.
“We still believe that democracy is the most potent method to resolve these issues and differences that have created unrest among the people of Jammu and Kashmir,” the letter reads adding it is fundamental that the highest authorities within the Government of India reach out to the people of J&K and resolve their queries about the uncertainty, leaderlessness and the consistent lockdown that they have been facing .
In his letter, Mir Mohd Fayaz further alleged that the detained leaders were dealt in a very humiliating and downgrading manner when they were being shifted to a new sub-jail. “They (detainees) have been subjected to extremely scanty and indignant living conditions in detention,” he said and added that other, who have been jailed over this period of three and half months and subsequently shifted outside J&K, also possess the right to legal remedies and their conditions need immediate attention and they should be released and sent back.
“The release of all the jailed leaders is a pre-requisite and essential as well,” the PDP MP stresses in his letter , written today to the Union Home Minister.