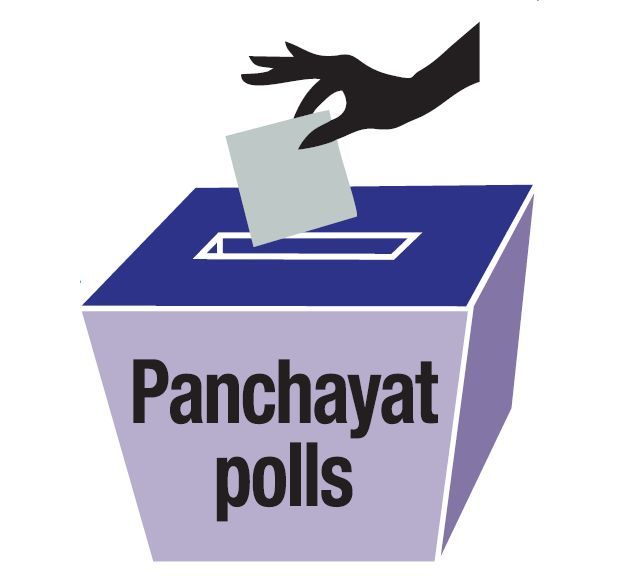 EC to go ahead with announcement of schedule
Sanjeev Pargal
JAMMU, Sept 5: Soon after National Conference announcement to boycott Municipal and Panchayat elections in Jammu and Kashmir, other major political parties reacted with PDP calling upon Governor Satya Pal Malik to convene All Party Meeting while Congress expressed concern over the situation in the Kashmir valley but said it would participate in the elections if they are held.
BJP declared that it would contest both elections in all three regions of the State with full force and National Panthers Party alleged that the BJP was behind Farooq’s announcement.
PDP president and former Chief Minister Mehbooba Mufti said the Centre Government’s decision to link Article 35 A with Panchayat and Municipal elections, has further alienated the people.
“The Central Government’s plea in the Supreme Court to link decision on 35-A with Panchayat and Urban Local Bodies elections, was a disastrous idea, which has further alienated the people and complicated the situation on ground,” Mehbooba tweeted soon after National Conference president and former Chief Minister, Dr Farooq Abdullah announced that the National Conference will boycott the election.
Mehbooba said the PDP was hopeful that Governor Satya Pal Malik will convene an All Party Meeting on holding Urban Local Body and Panchayat elections in the State.
“When I was in Government, I had called an All Party Meeting to discuss ULB/Panchayat elections and majority of the parties had opposed holding of elections at that time. We expected that the Governor too would have called an All Party Meet where everyone would put forward their view point,” she said. However, in a second tweet, Mehbooba said, “We are still hopeful about that meet and would share our opinion with all the parties so that a consensus is built.”
PDP’s chief spokesman, Rafi Ahmad Mir also said that the Governor should call an All Party Meeting (APM) to discuss the situation.
BJP president Ravinder Raina declared that the BJP will contest both Municipal and Panchayat elections in all three regions of the State including Jammu, Kashmir and Ladakh. He said strengthening democracy at grass root level will give justice to each individual in the State.
Asserting that Central funds running into hundreds of crores have been blocked due to delay in holding of Panchayat and Municipal elections, Raina said the State will immensely benefit if the elections are held as the amount released by the Centre will be utilized for development works.
PCC (I) Chief GA Mir said it was the responsibility of the Governor-led administration to provide secure atmosphere to the candidates and voters and ensure peaceful, free and fair polls.
“The situation in the State, especially in the Kashmir valley, over the past three years has deteriorated. The previous PDP-BJP Government failed to conduct by-polls to the Anantnag Lok Sabha seat and announced its cancellation just one day ahead of the scheduled date of polling…They announced Panchayat polls and Local Bodies elections but later deferred them,” he said.
Mir said the Congress had informed former Governor N N Vohra and his successor Satya Pal Malik that the party would not lag behind if they choose to conduct the Panchayat and Municipal elections but a decision should be taken after reviewing the ground situation.
“It is the responsibility of the Governor’s administration and the Centre to provide secure atmosphere to the contestants and the voters and we are watching how the situation develops but we will not escape from the democratic exercise,” Mir said.
National Panthers Party leader and former Minister Harshdev Singh said the BJP is behind the National Conference latest move to boycott Municipal and Panchayat elections in the State.
“The BJP knows the party has lost ground in Jammu and Kashmir. They will be badly exposed in the elections. They are doing it through Farooq Abdullah,” Harshdev said, adding that Central funds running into several crores will be lost if the elections are deferred now. He batted for holding elections on time.
Former Deputy Chief Minister and BJP leader Kavinder Gupta said it was not good on the part of National Conference to co-relate Article 35-A and Local Bodies elections.
“If the elections are not held, Jammu and Kashmir will be deprived of the funds running into hundreds of crores,” Gupta said.
Meanwhile, notwithstanding the boycott call given by the National Conference, the premier political party of Jammu and Kashmir, the Election Commission of the State is going ahead with preparations and was likely to publish final electoral rolls and announce the election schedule within the next three-four days.
Official sources told the Excelsior that the State Election Commission was going ahead with preparation for the elections to 79 Urban Local Bodies in the State, which are scheduled to be held from October 1 to November 5. They said the final electoral rolls for the Municipalities are ready and were being given final touch.
“The electoral rolls are likely to be published in the next two-three days, which will be followed by announcement of election schedule for all 79 Urban Local Bodies,” they said, adding that the preparations were well within the stipulated period and the Commission will announce four-phase election, most likely by the week-end. The Commission proposed to club five districts in one phase.